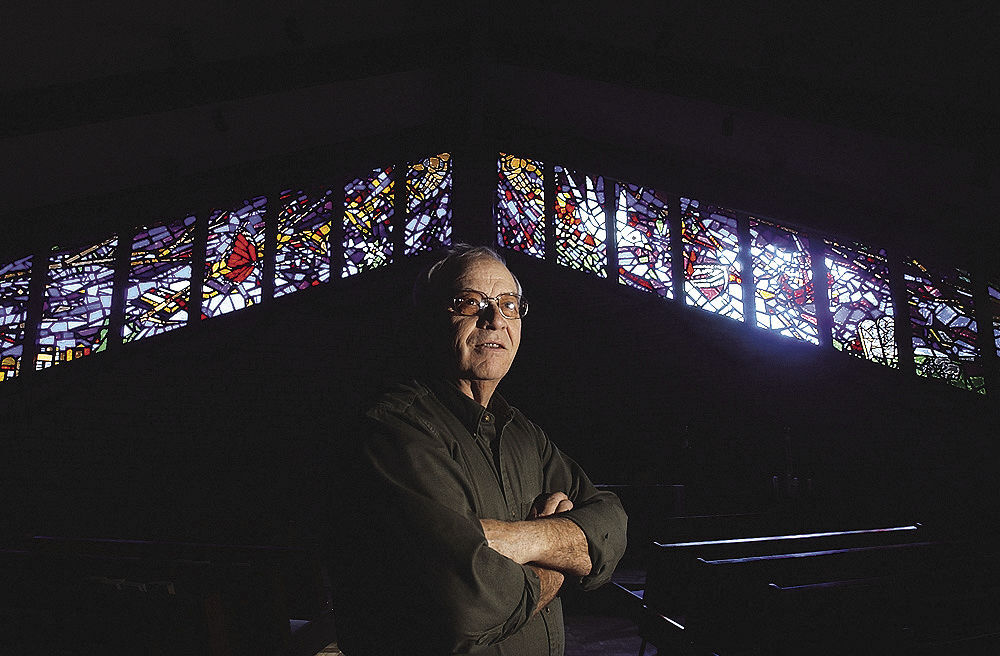 Berggren stands in front of stained-glass windows at Peace Lutheran Church in 2004. He designed and created the distinctive windows with help from the congregation. 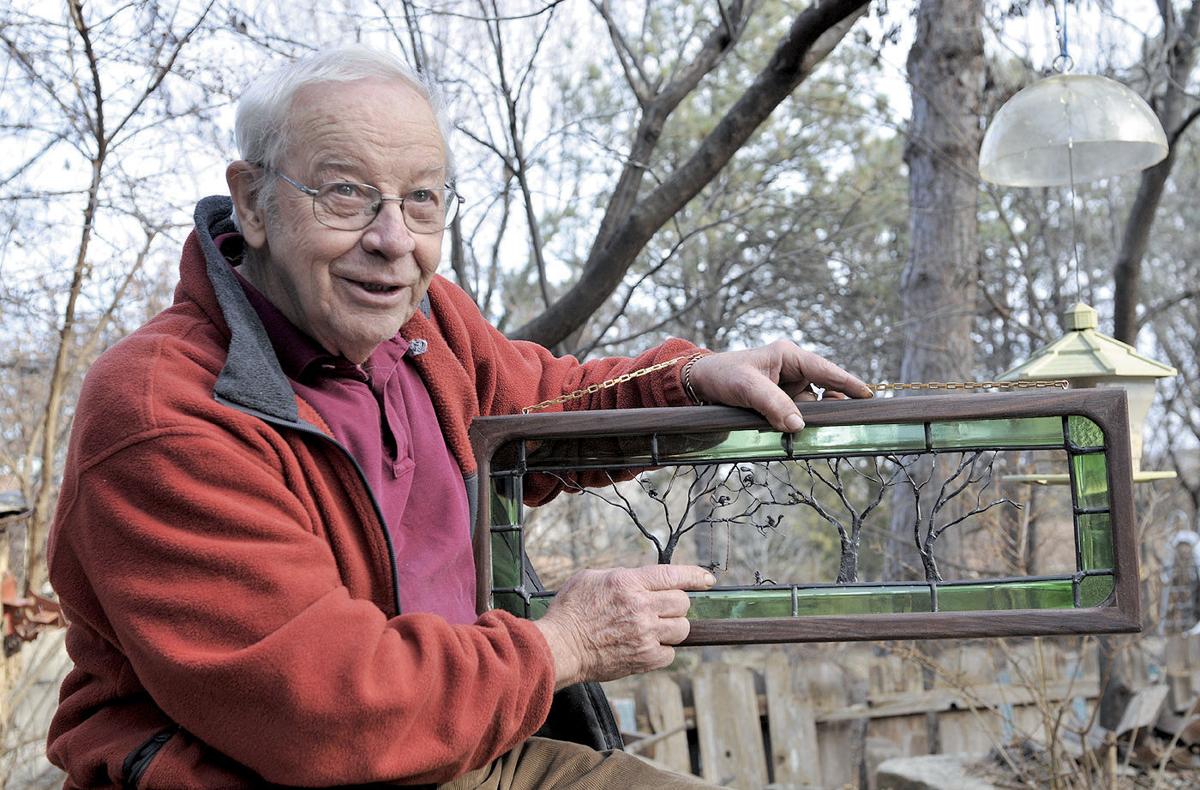 Maury Berggren, a stained-glass artist, shows one of his pieces outside his home studio in 2015. Berggren died Saturday after being hospitalized with symptoms of COVID-19. 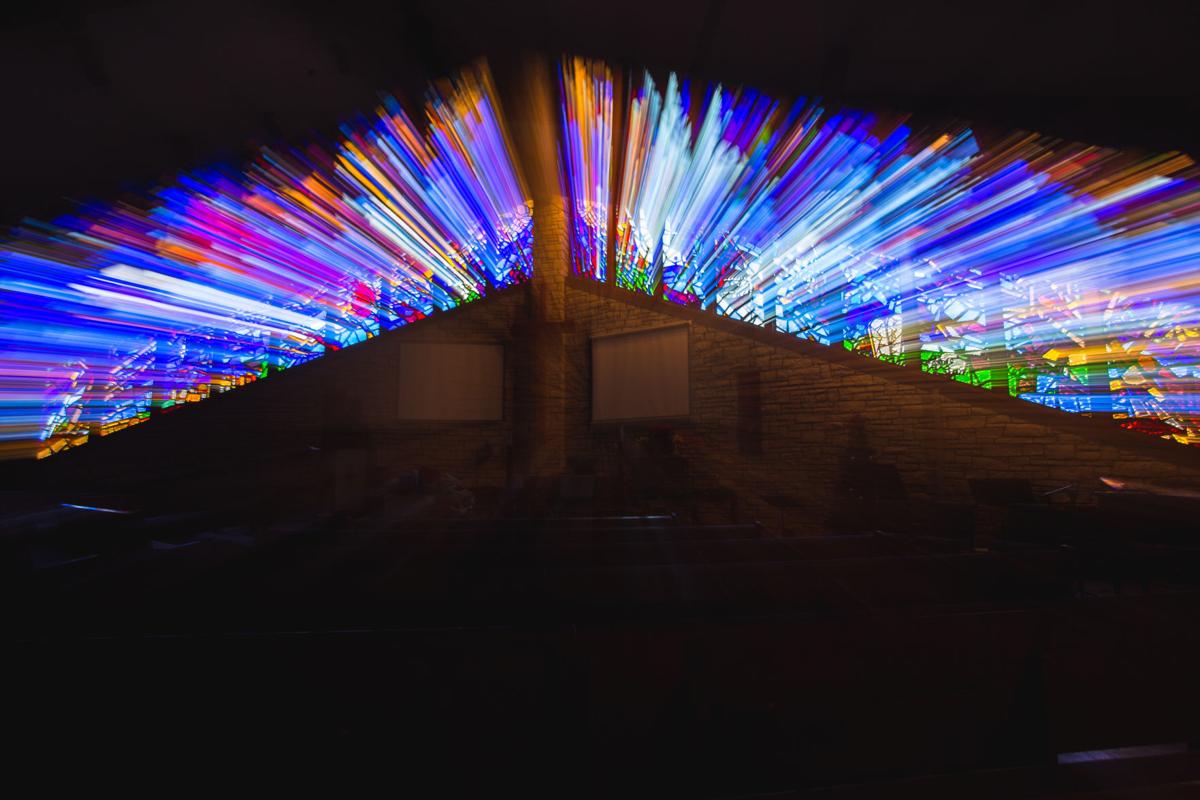 A slow-shutter photo Tueday shows the colorful light streaming through a chapel-wide stained glass installment made by Maury Berggren at Peace Lutheran Church. Berggren recently passed away after contracting COVID-19. 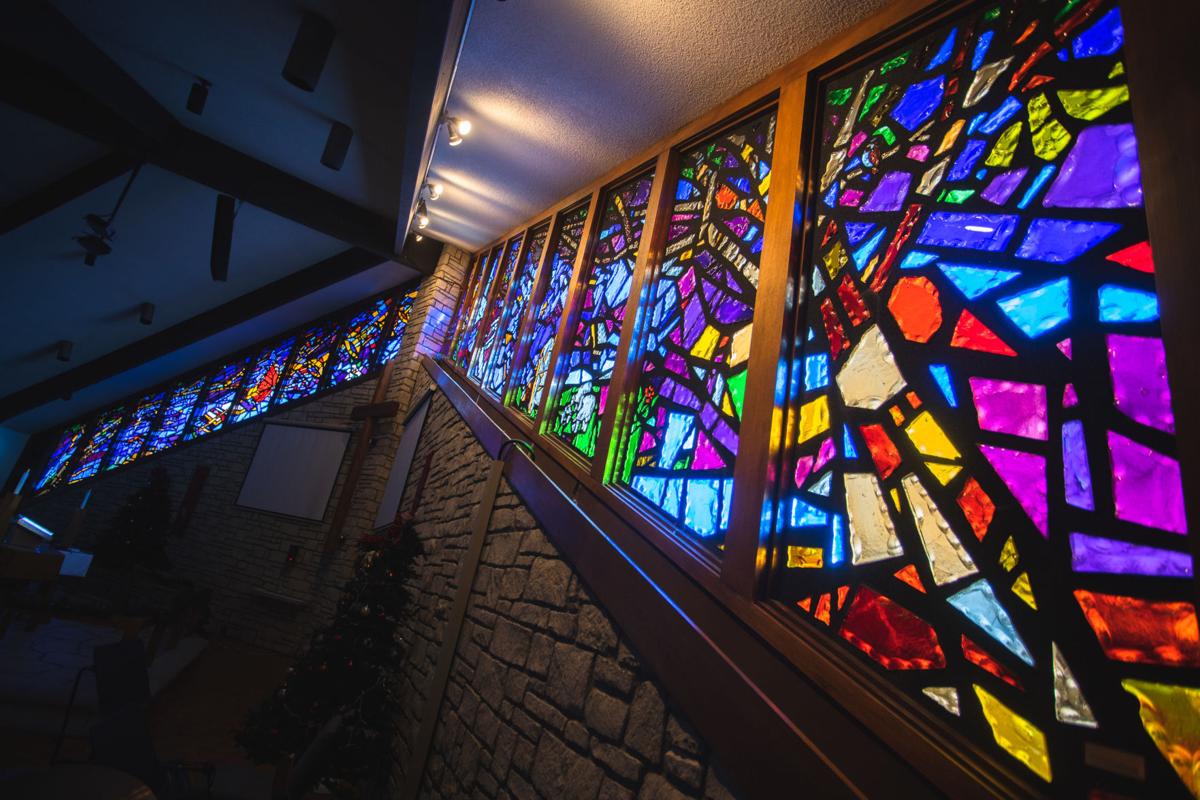 Berggren stands in front of stained-glass windows at Peace Lutheran Church in 2004. He designed and created the distinctive windows with help from the congregation.

Maury Berggren, a stained-glass artist, shows one of his pieces outside his home studio in 2015. Berggren died Saturday after being hospitalized with symptoms of COVID-19.

A slow-shutter photo Tueday shows the colorful light streaming through a chapel-wide stained glass installment made by Maury Berggren at Peace Lutheran Church. Berggren recently passed away after contracting COVID-19.

Janice Berggren-Johnson said her father, Maury Berggren, was an optimist who looked for the best in everybody.

“For that reason, he attracted people,” Johnson said. “He really did touch so many lives.”

Berggren, a former Manhattan High School art teacher and prolific local artist, died Saturday night at age 82. Johnson said her father was hospitalized at Ascension Via Christi Hospital with symptoms of COVID-19 on Dec. 30, and within four days he was dead.

“My parents’ 60th wedding anniversary was on the 31st, and he was intubated the whole day,” Johnson said. “It was an extremely rapid progression for him.”

Johnson works as a nurse in the emergency department of Mayo Clinic Health Systems in Minnesota and is on the front lines of the battle against COVID-19. She said her father did not have any previous underlying health conditions before he started showing symptoms, and not being able to speak to him once he was admitted to the hospital was most difficult.

“I don’t like being on the other side of healthcare, of being the person receiving it,” Johnson said. “We’re a close family, so not getting to visit is the hardest thing. … It’s a different realm of what you envision when a family member would pass away; you’d want to be surrounding them and holding their hand, and it wasn’t a possibility.”

Berggren taught art classes at Manhattan High School for nearly three decades. Johnson said she has had people she hadn’t heard from in 30 years offer their condolences.

“It’s very heartwarming but very sad that this is the way it ended up happening,” Johnson said.

Judy Lynch, a family friend of Berggren’s, said Maury was easy to be a friend to.

“I was a new teacher in 1970, and he had been there for several years already,” Lynch said. “I taught math, he taught art.”

Lynch said Berggren invited her to attend Peace Lutheran Church, where he and his wife, Bonnie, were charter members in 1965, and she said she eventually joined and has enjoyed worshipping with the Berggren family ever since.

“The church is full of his art,” Lynch said. “Maury created that stained glass window, and it’s full of interesting biblical symbolism.”

Peace Lutheran pastor Austin English said Berggren’s thumbprint is in the DNA of the church’s sanctuary, ensuring his legacy will live on.

“You can see him in every aspect, every grain of wood in the church,” English said. “If you look at the stained-glass windows, you can see the detail; the entire story of Jesus is portrayed in these windows, and he did a phenomenal job.”

Berggren’s other stained-glass work can be found in the Good Shepherd Hospice House, the Leonardville Nursing Home and Alert Covenant Church in Leonardville. His art also can be viewed at Grace Baptist Church and First Lutheran Church in Manhattan. English said he asked Berggren right before the pandemic hit if he would be willing to sit down and make a sort-of documentary where he walked through the story illuminated in the V-shaped windows, and Berggren politely told him no.

“When I asked him why, he said ‘Art is not for me to tell you what it is, art is for you to see what’s in it,’” English said.

In addition to his art, Berggren loved his Kansas City-area sports, and he loved to sing. Johnson said singing in the church choir was probably one of his favorite things to do.

“He was an artist up until a week ago when we went into the hospital,” Johnson said. “He was working on projects right up until that moment.”

Johnson said her father likely did more after he retired from teaching than before, spending time in his art studio behind his home.

“He could take a piece of wood and work it until he found what that wood is supposed to be,” Johnson said. “He would refine it and really look at it; he could see the beauty in a single piece of glass… he just has this eye for creating a work of art out of anything.”

Lynch said Berggren was a spiritual person, and art was a way to express his spiritualism and faith.

“There’s one piece he did years ago, when the pastor did a series of Lenten sermons, and while he spoke Maury created a beautiful sculpture of the crucifixion and presented it during services,” Lynch said. “It was definitely performance art.”

Berggren was not an artist from the beginning. Lynch said while he was a student at Bethany College, Berggren began as a business major, but was not enthusiastic about it.

“Then somebody recommended he take art classes, so he took some his junior year and he fell in love with it,” Lynch said. “That became his whole career, vocation, everything.”

A funeral service for Berggren will be held Jan. 16 at the Walsburg Lutheran Church in Leonardville. The service will be streamed live online; people are encouraged to watch that way as seating inside the church is limited. Johnson said there will be a limited visitation on Jan. 15 at the Anderes-Pfeifley Funeral Home in Riley for people who wish to pay their respects while physically distanced.

“I know my dad has such a following, and our desire is to keep family and friends safe,” Johnson said. “I know he would’ve wanted that.”

English said he and Berggren’s family decided his service does not need to be a sad occasion, but rather a celebration of his life and artistic endeavors. Johnson said her father told her he could not have asked for a better life.

“When he was going through a heart procedure a few years ago, we had the conversation about end-of-life, all those questions you go through with your parents at some point,” Johnson said. “I asked him to reflect on his life, and all he said was ‘It’s been a blast’ … I think that kind of encapsulates who he was.”