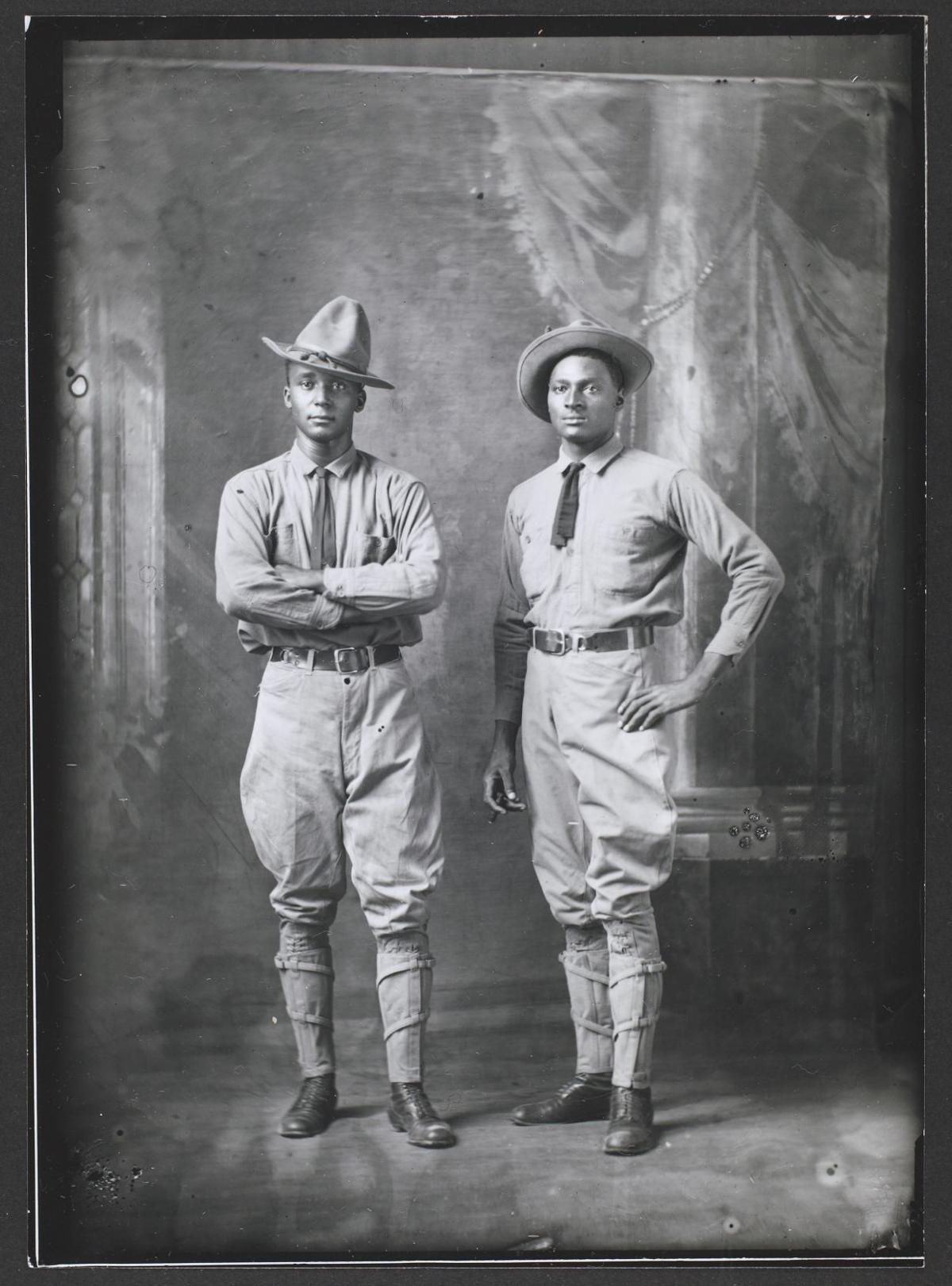 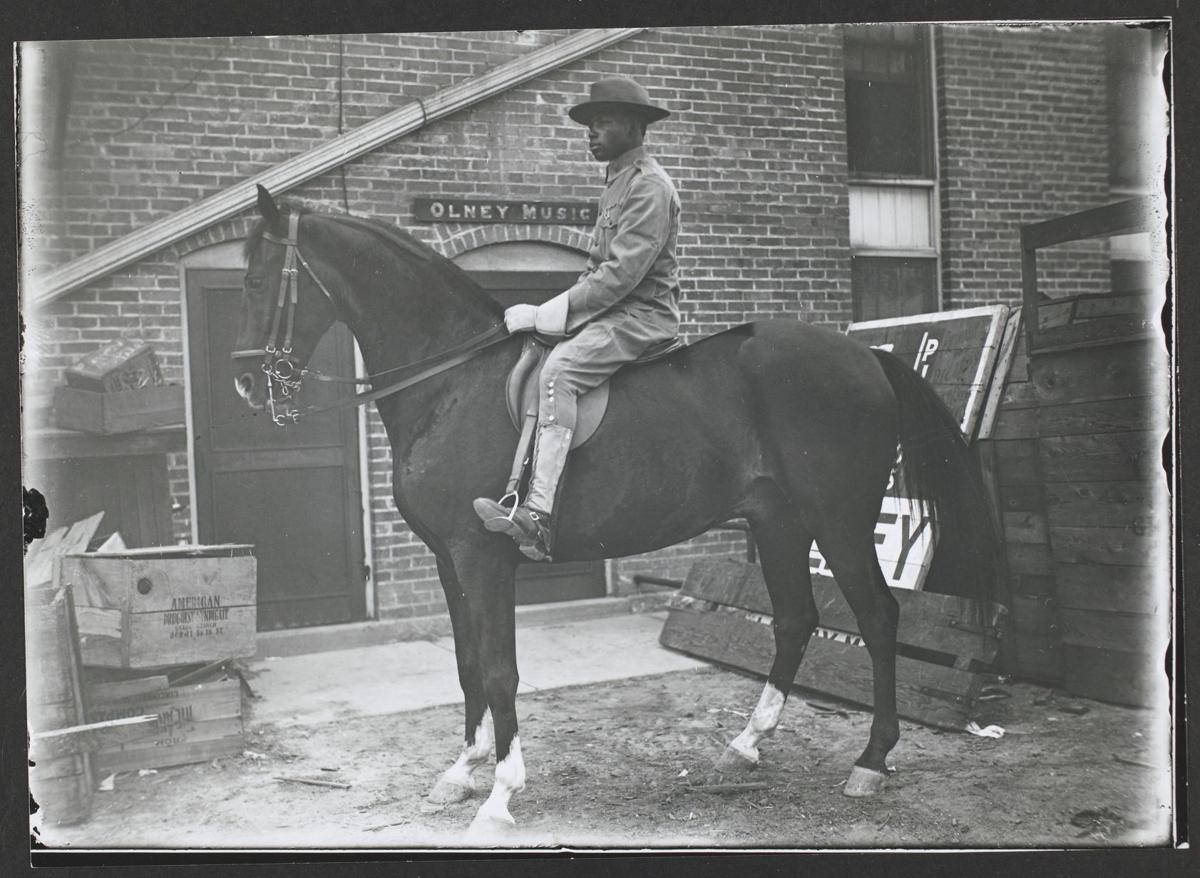 A traveling exhibit at the Riley County Historical Museum is helping shed light on the role and lives of African American soldiers at Fort Riley in the late 1800s to early 1900s.

The Buffalo Soldiers exhibit, compiled by the Historical and Archaeological Society of Fort Riley’s Caroline Sibley, is a collection of photographs from the Joseph Pennell Photography Collection at the University of Kansas. From the 1890s to 1920s, Pennell photographed life around Junction City and Fort Riley, capturing the photos on display.

Most African American soldiers at Fort Riley were part of the 9th and 10th Cavalry units, two of the original six peacetime, all-black regiments created under the Army Reorganization Act of 1866.

They mainly served as frontier soldiers, protecting settlers and building roads and infrastructure during U.S. westward expansion. They also went on to serve in every major U.S. operation until their dismantlement in 1944.

These cavalrymen became known as “Buffalo Soldiers,” a term coined by the Native Americans they encountered.

There is no exact known reason behind the name, but historians say it could be linked to the soldiers’ hair texture, their clothing made from buffalo hides or even the soldiers’ fierceness in battle. Barrie Tompkins, a co-founder of the Nicodemus Buffalo Soldiers Association who spoke Thursday during a screening of “Buffalo Soldiers (1997)” at the Marianna Kistler Beach Museum of Art, said buffalo were sacred to Native Americans so the term is of likewise regard.

“They called them Buffalo Soldiers not to make fun of them but out of respect for them,” Tompkins said.

The 9th and 10th Cavalry regiments were stationed at Fort Riley multiple times during their operation. Shortly after its formation, the 9th Cavalry passed through Fort Riley on their way to stations in the southwest.

Just before World War II began, the 9th and 10th Cavalry became absorbed into the 2nd Cavalry Division, which was briefly stationed at Fort Riley.

The cavalry school became well known for their skill and training around the world, and the school’s reputation ranked alongside French and Italian cavalry schools.

Most black soldiers lived in segregated military housing in Junction City, and their jobs ranged from stable hands to leadership positions.

Though they didn’t get all the benefits their white counterparts did, black soldiers received the same stable pay and food. They also experienced racism and discrimination from white commanders who refused to lead them and civilians inciting violence.

“Even though dealing with all the prejudice and such, most of these men wanted to be in the military,” Tompkins said. “It wasn’t like someone was making them do this. (Buffalo soldiers units) received 23 Congressional Medals of Honor, and that is the highest number in military history out of any cavalry regiment.”

Tompkins added the desertion and court martial rates for black soldiers were much lower than white soldiers, and after getting out of the military, many went on to join law enforcement out west.

“There are things that African Americans do that go unnoticed, and I always say people think black people disappeared at the end of slavery and reappeared during the civil rights (era). But what happened during that period of time (in between)?”

The photographs in the Buffalo Soldiers exhibit attempt to show a part of this time period, depicting soldiers not just in uniform but with family members and in varying roles.

“I just think the photos are really interesting,” said Cheryl Collins, director of the Riley County Historical Museum. “When (Caroline and I) were talking about this, she was talking about how committed to the military the Buffalo Soldiers were … and how she wanted people to be able to look at the pictures and imagine what life was like with the clues that are in the pictures. I think Pennell lets you do that, giving you a window into the past that you wouldn’t have otherwise.”