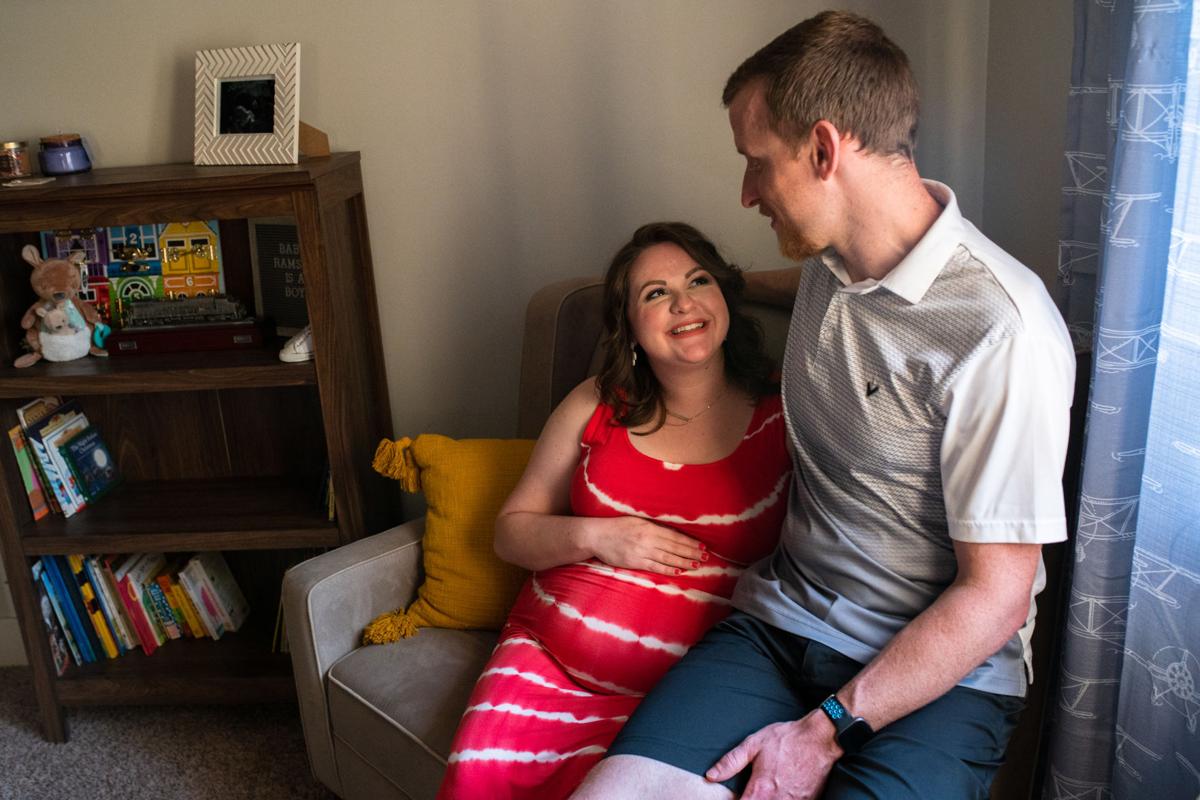 Will and Anna Ramsey are photographed in their home nursery Wednesday evening. The couple is expecting their first child, a boy, in August. 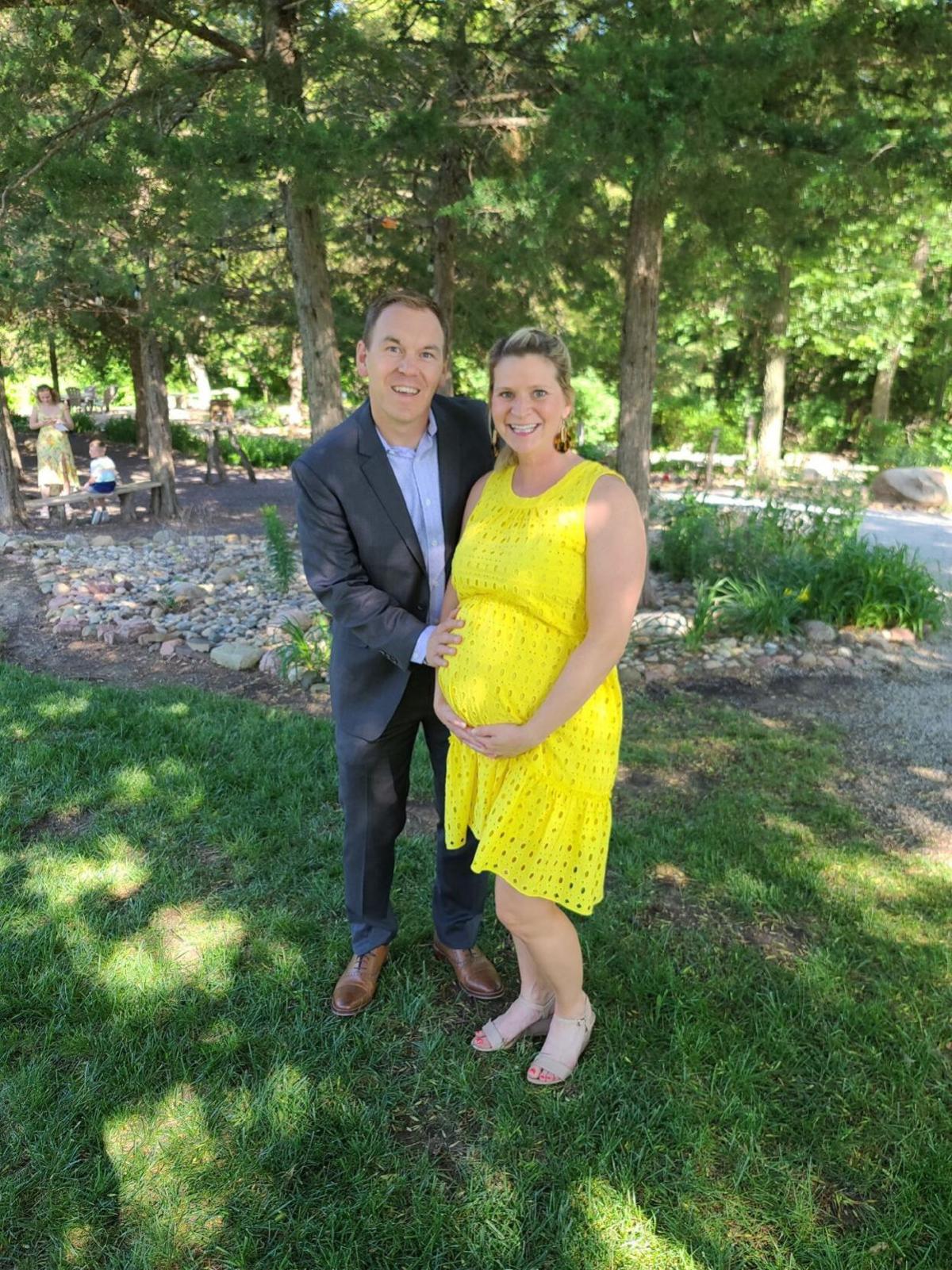 Michael and Molly Campbell pose for a photo together. The Campbells are expecting their baby girl one day after Father’s Day. 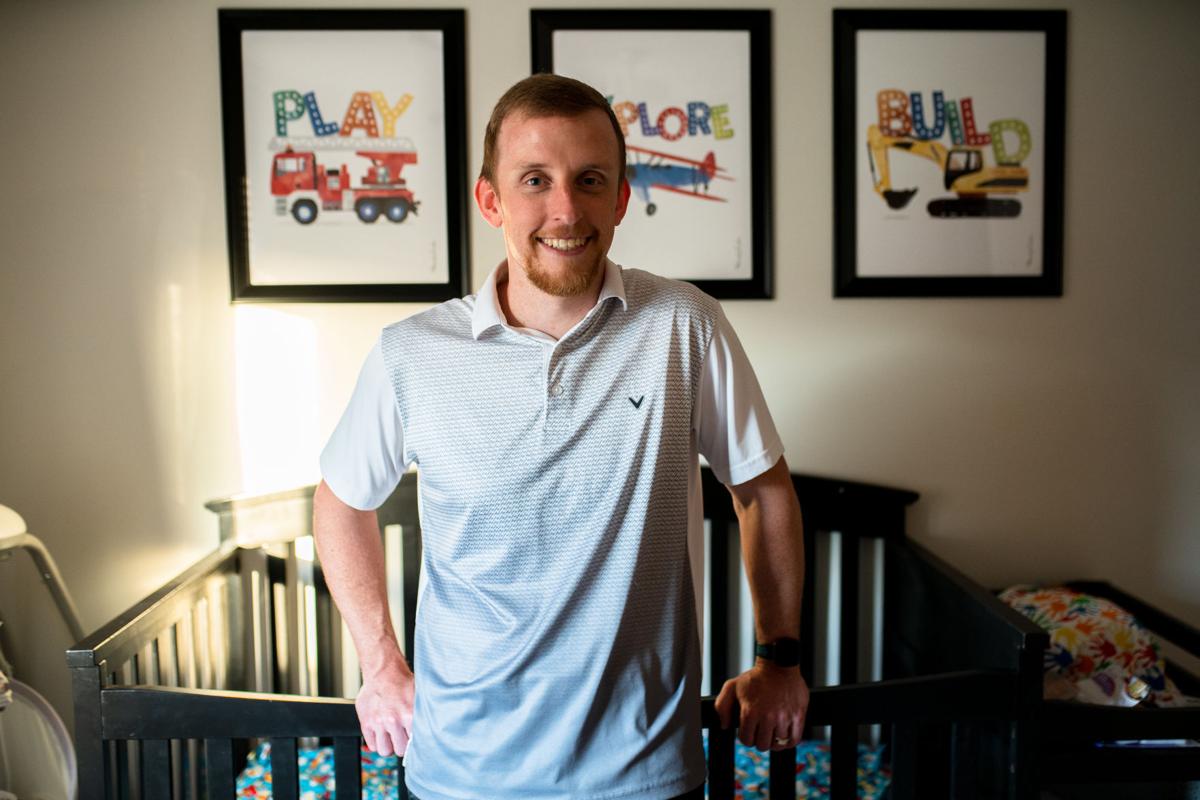 Will Ramsey leans against a crib in the family’s home nursery Wednesday evening. 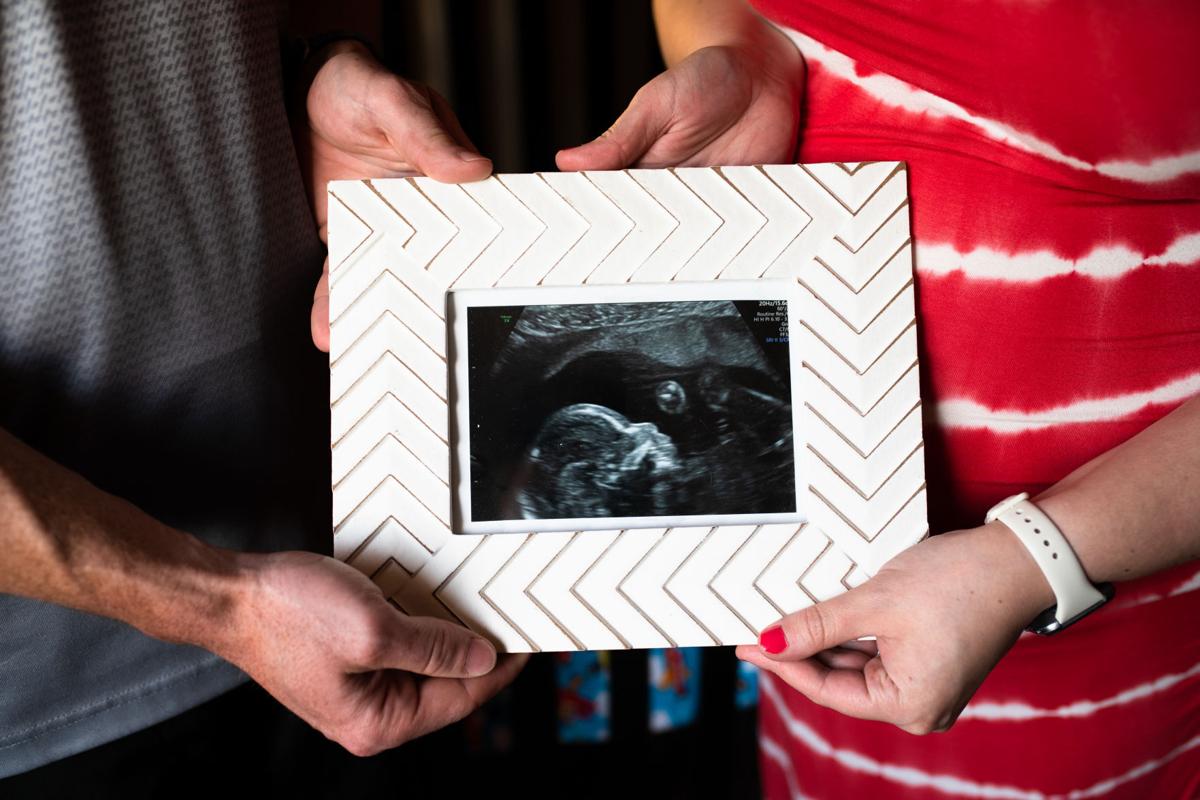 Will and Anna Ramsey hold a framed photograph of an ultrasound.

Will and Anna Ramsey are photographed in their home nursery Wednesday evening. The couple is expecting their first child, a boy, in August.

Michael and Molly Campbell pose for a photo together. The Campbells are expecting their baby girl one day after Father’s Day.

Will Ramsey leans against a crib in the family’s home nursery Wednesday evening.

Will and Anna Ramsey hold a framed photograph of an ultrasound.

Perhaps Michael Campbell is receiving the best Father’s Day gift of all: a baby girl.

“I’m ready to see her and see what she looks like and see what her personality is like,” he said this week, a few days before his baby girl’s expected birth.

Michael, a physician and the associate medical director at Kansas State University’s Lafene Health Center, and his wife, Molly, plan to welcome their first-born child on June 21, one day after Father’s Day.

“We think it’s pretty cool that it’s so close together here,” said Michael, 37. “We didn’t realize that till the end of the pregnancy. Because it’s in the summer, hopefully we’ll have some cool summer birthdays and Father’s Day trips combined.”

This weekend, the couple will be preparing for the baby’s arrival, packing up their bags to go to the hospital and probably go out to eat one more time to celebrate.

“Both Molly and I really value our families and try to put a lot of emphasis on being around family,” he said. “And so I think I’m just excited to start our own family and start our own chapter that’s different, that’s not just us. And kind of starting this new adventure that lots of people do, but until you do it, you don’t really understand it.”

Tip Bui, a K-State career coach, and his wife, Lan Ly, are looking forward to the start of their new adventure as Ly is expected to give birth to their first child, a son, next weekend.

“Embrace the unexpected,” Tip said. “Anything that comes with it, patience is what I’ve been hearing a lot from other people. You gotta be patient. The baby won’t listen to you initially, but it’s one of those where it’s a special bonding moment from seeing a newborn all the way through their life. That’s kinda what I’m looking forward (to).”

This Father’s Day, Tip, 35, said he is reflecting on all the support his dad gave him growing up and throughout his life.

“I think it’s a sense of appreciation for seeing how other dads have received love and recognition for the work that they do as fathers or what not,” Tip said. “But at the same time it’s the women, the mothers (who) are doing a lot of the heavy lifting. Even though it’s a day for the fathers, it’s really a day for just the celebration of life in general.”

Manhattan residents Will and Anna Ramsey also are expecting their first-born child, a son, in August.

“Over the last year with COVID, we were all a little separated out from community, and so I feel like this was really fun to go back into like seeing people and have really exciting news to share and positive news to share after a year that was really hard for everyone,” Anna said.

Among the emotions of nervousness and eagerness, Will said he looks forward to learning and becoming a father.

“Obviously, I felt really excited,” said Will, 29. “There’s been nervousness, for sure, but like excited nervous about it. I’ve always enjoyed learning. I was that kid who didn’t overly like the summer because I got bored, so we’ve gotten different books that we’re reading through and baby classes.”

Will, a commercial credit analyst at KS StateBank, has been Anna’s right-hand during the pregnancy and she said his gentle spirit will make him a fantastic father.

“He’s definitely been present,” Anna said. “Even though he doesn’t understand exactly what like I’m going through every single day, he still understands or tries to understand as much as possible.”

This year, Will said he has noticed Father’s Day more than in years past since he’s a dad-to-be.

“I don’t exactly feel like it’s for me yet since he’s not actually here,” Will said. “But I’ve definitely thought about it a lot. I think I’ve thought a lot about it in terms of like my dad, too. And even (Anna’s) dad and what they’ve meant to us, and then what this baby will mean to them also.”

Will said he is eager to teach his son through out life and watch him grow.

“Also really excited to see how he grows and explores the world too,” Will said. “Obviously, we all were like that at one point, but we don’t remember it. So now I’m going to feel like, ‘Oh, this is about probably what I was like when I was that young.’”

Although Will and Anna want Baby Ramsey to form his own identity, he’ll likely be an avid K-State and St. Louis Cardinals fan, just like his dad.