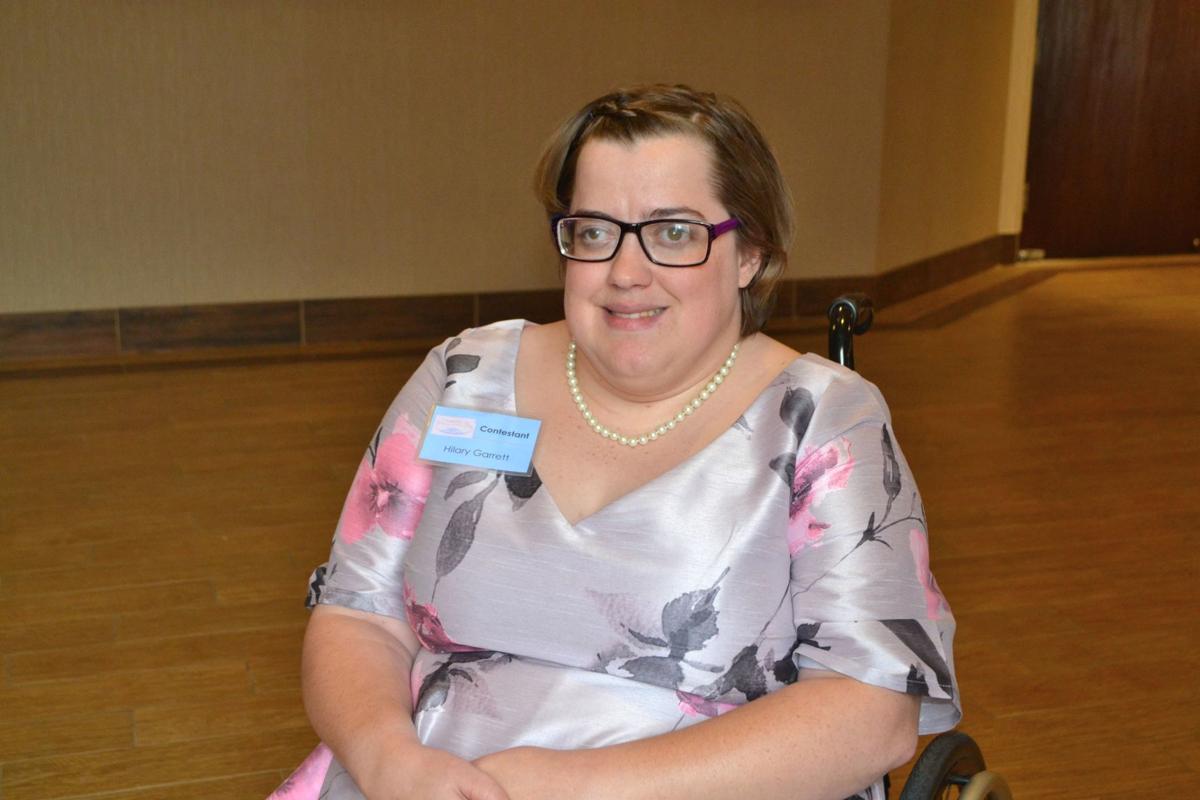 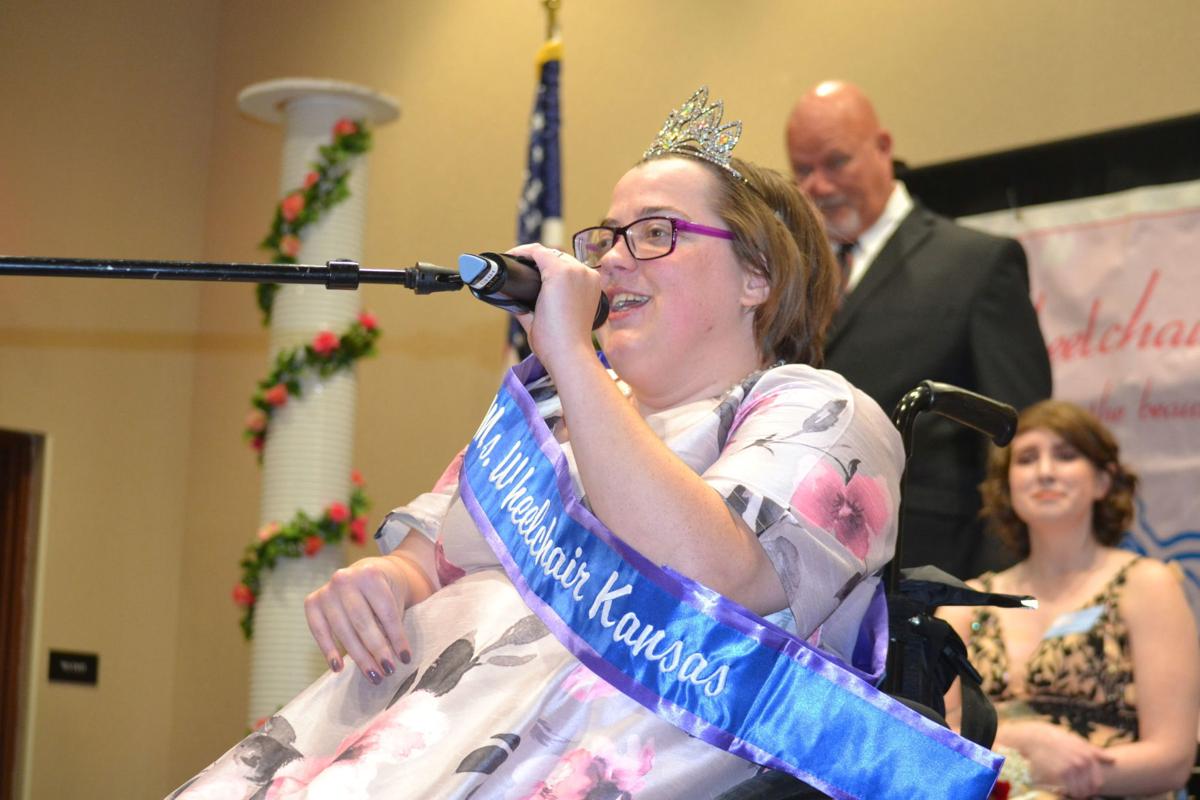 Hilary Garrett speaks after being crowned Ms. Wheelchair Kansas 2020. She said she hopes someday to start her own foundation, which she wants to call Hilary’s Wheels of Hope. 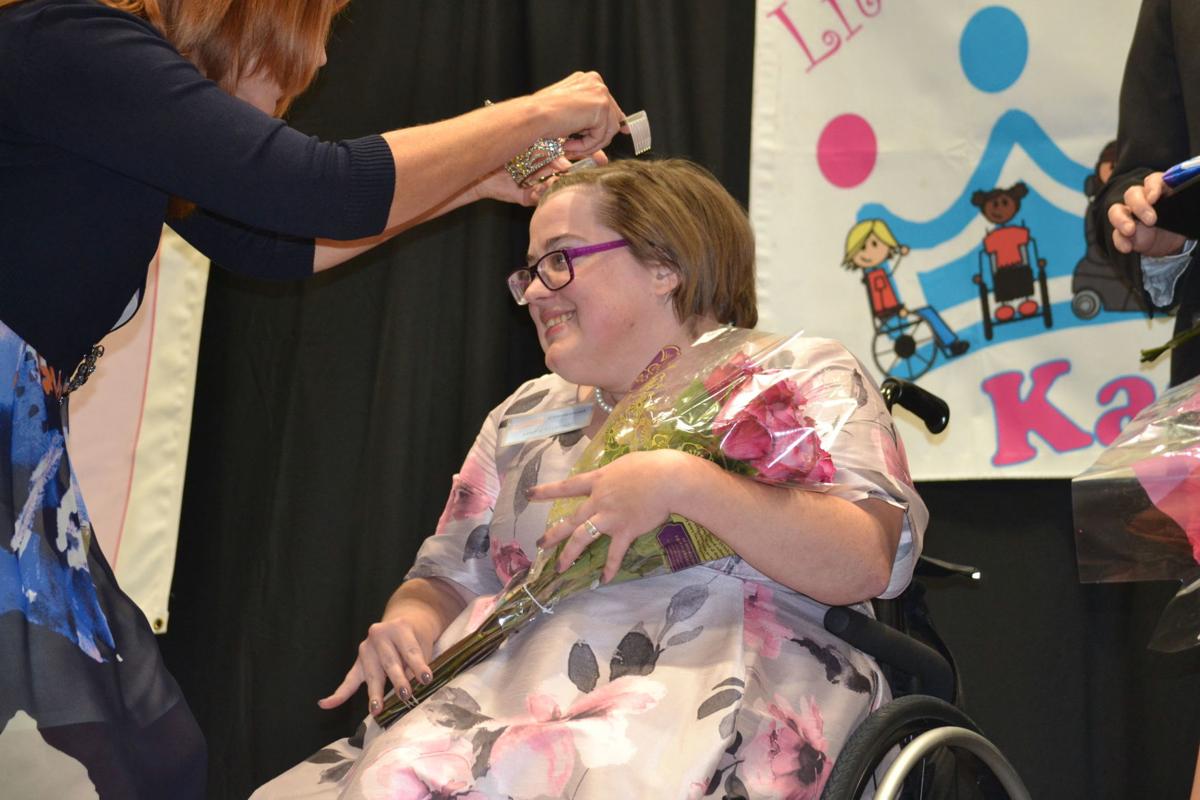 Hilary Garrett speaks after being crowned Ms. Wheelchair Kansas 2020. She said she hopes someday to start her own foundation, which she wants to call Hilary’s Wheels of Hope.

When Hilary Garrett was announced as Ms. Wheelchair Kansas 2020, she couldn’t believe it.

“I literally thought, ‘This has to be a joke. This didn’t just really happen, did it?’” Garrett said. “I looked at my competitor (Heather Center) and I was like, ‘They’re kidding, right?’ And she looked at me and she was like, ‘No. No, they’re not.’ So it was definitely surprising. I didn’t see it coming.”

“I had never really competed in anything like that before,” Garrett said. “It was a pretty unique opportunity that was thrown in my lap.”

Garrett’s case manager at Three Rivers Independent Living Service encouraged her to participate in the event. Garrett, 28, applied in December.

“My case manager for that organization said, ‘You know, you’d be great for this. You love to advocate for people. You love public speaking, and I just think it’d be amazing,’” Garrett said.

Garrett used her platform speech, which is “Finding your voice: the power of self-advocacy and advocating for others” during the event. She had to present it to the judges.

“I’ve been working on that for awhile,” she said.

In her position as Ms. Wheelchair Kansas 2020, Garrett hopes to encourage other people with disabilities that they can advocate for themselves.

“I also hope to encourage the general public,” Garrett said. “And just show them that, you know, we’re just as capable as everyone else and we can hold jobs and do great things and be moms and dads and have families and do all the things that everybody else does. We just do it a little bit differently.”

Garrett will compete in the national Ms. Wheelchair America event later this year.

“It will be a fantastic experience for her,” said Carrie Greenwood, state coordinator for Ms. Wheelchair Kansas.

Greenwood said there are many reasons why she is such a great person to be Ms. Wheelchair Kansas 2020.

“She’s just very passionate about our disability community, and again, being an example for people,” Greenwood said.

Greenwood said Garrett showed a lot of passion for the event.

Over the course of the year as Ms. Wheelchair Kansas 2020, Garrett will participate in speaking events, conduct presentations with local groups, go to schools, talk to legislators and also talk to people with disabilities. Greenwood said that right now, due to the outbreak of the coronavirus, or COVID-19, Garrett may do a lot of advocacy through her YouTube channel.

“I’m just excited to see her grow through this experience,” she said. “It will be a fun year.”

In the future, Garrett said she hopes to start her own foundation called Hilary’s Wheels of Hope. She hopes to be a resource for people through this foundation, especially those who want to go to college.

“Because I sort of like dove in and had to figure this out all on my own,” she said. “There was no one to really teach me or my family how to navigate going to college as a disabled person. So I want to be able to provide those resources to other people.”

Although Garrett lived in Manhattan since 2018, she had to move to her parents’ home in the Westmoreland area last week because of the coronavirus outbreak. She previously lived in Marlatt Hall at K-State since January 2018.

“They have about 20 acres out there,” she said. “They have a really gorgeous vineyard out there, so I’m going to hang out with them for a little bit until I come up with a new plan.”

Garrett, who is originally from Corpus Christi, Texas, previously got her associate’s degree in general studies from Cloud County Community College in December 2017 before transferring to K-State.

“It’s been a great, crazy experience,” Garrett said about college.

“I love putting out new videos out there for my viewers to follow,” she said.