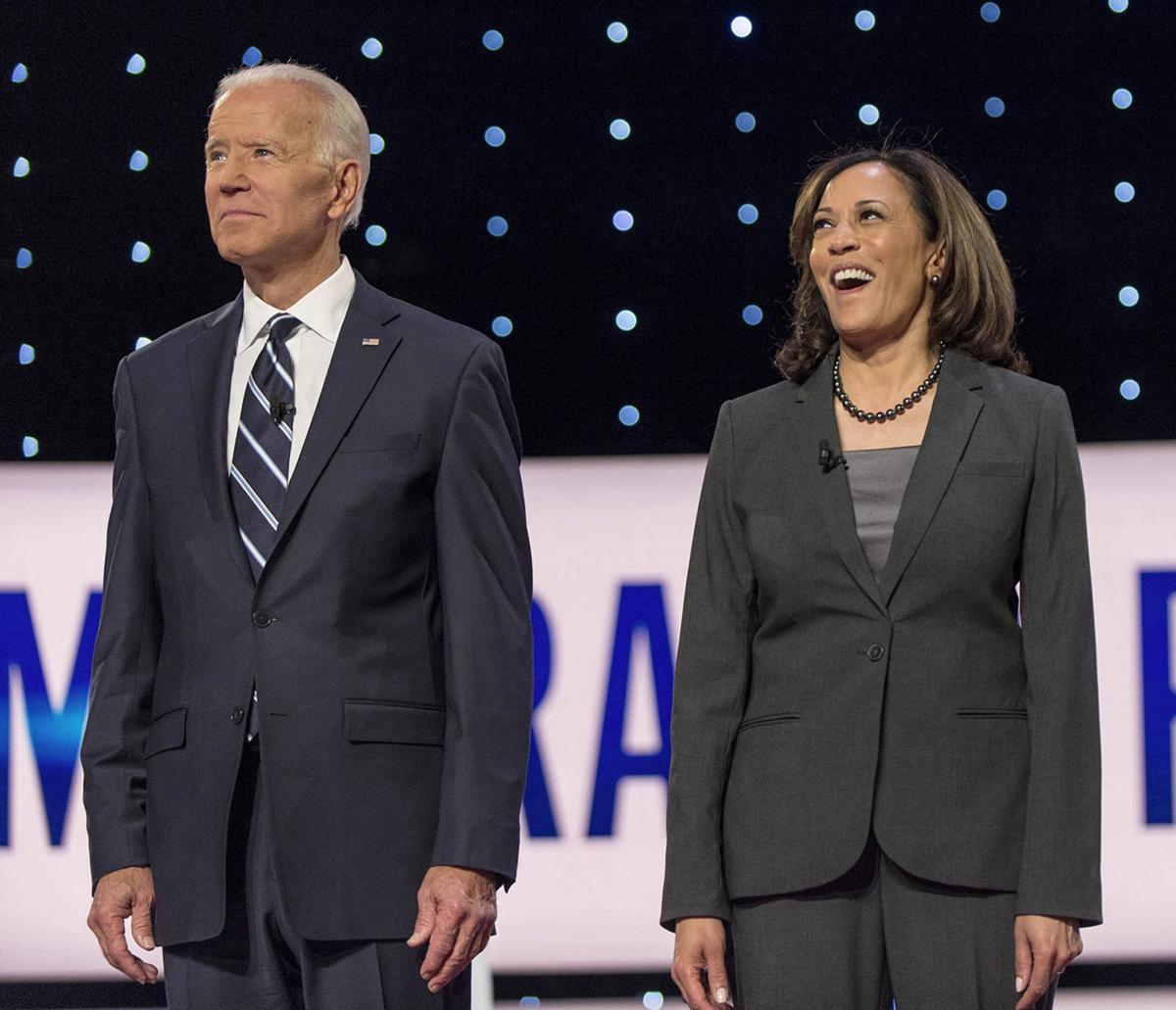 Joe Biden and Kamala Harris are two of the Democrats profiled by Peter Schweizer, senior editor-at-large of Breitbart News, in “Profiles in Corruption: Abuse of Power by America’s Progressive Elite.” 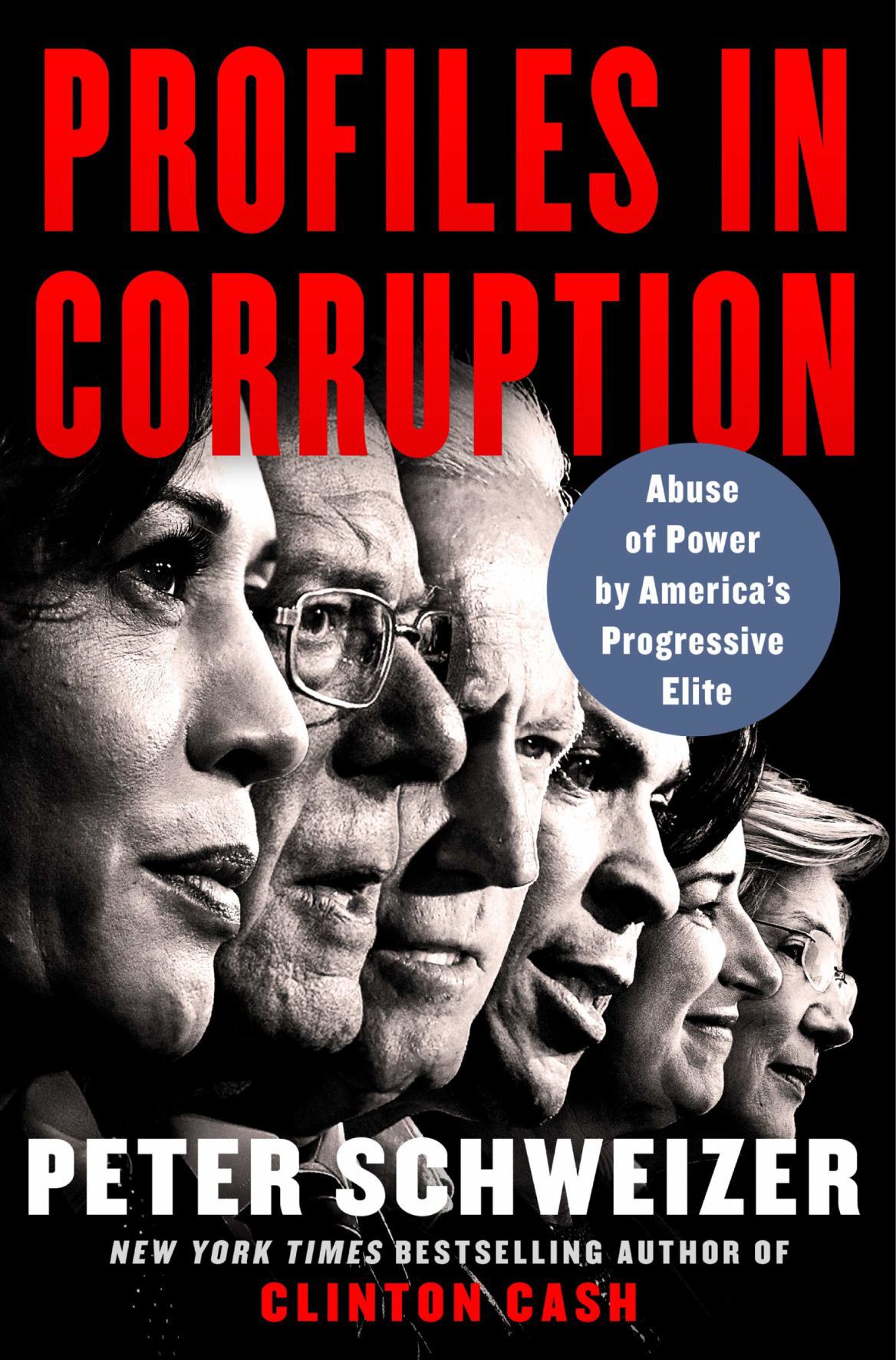 Joe Biden and Kamala Harris are two of the Democrats profiled by Peter Schweizer, senior editor-at-large of Breitbart News, in “Profiles in Corruption: Abuse of Power by America’s Progressive Elite.”

“Profiles in Courage,” the book that introduced America to John F. Kennedy in 1956 and paved the way to Camelot, was a volume of short biographies describing acts of bravery and integrity by eight United States senators, written by then-Sen. John F. Kennedy and Ted Sorensen.

What a difference almost 70 years make. Rather than inspiring and uplifting, “Profiles in Corruption: Abuse of Power by America’s Progressive Elite” will leave most readers that choose to read this book disillusioned and angry. The author, Peter Schweizer, is the president of the Government Accountability Institute and the senior editor-at-large of Breitbart News, as well as a research fellow at Stanford University’s Hoover Institute. His reputation has been built on books that expose America’s ruling class as pursuing public power for personal gain, that expose cronyism, corruption, patronage and intimidation. His string of bestsellers includes “Clinton Cash: The Untold Story of How and Why Foreign Governments and Businesses Helped Make Bill and Hillary Clinton Rich;” “Secret Empires: How the American Political Class Hides Corruption and Enriches Family and Friends;” and “Throw Them Out: How Politicians and Their Friends Get Rich Off Insider Stock Tips, Land Deals, and Cronyism That Would Send the Rest of Us to Prison.”

Some people after reading this review might likely decide to read “Profiles in Corruption” as an affirmation of what they think to be the true nature of the governing class. Others will likely decide not to read it since they are sure it is certain to be a biased and untruthful piece of fictional garbage. However, this book is meticulously researched through financial records and court filings — full of sourced material and footnotes — no anonymous sources, no rumor, no innuendo. He writes in a narrative style in which facts are arranged, set forth, and left for the reader to process.

Schweizer acknowledges that some politicians, on both sides of the aisle, are honest public servants, men and women who “navigate the challenging world of politics with integrity, and for the good of the country.” In “Profiles in Corruption,” however, Schweizer reports on a different set of politicians, some of America’s most progressive Democratic politicians.

The message of Schweizer’s book is this: “What makes so many people angry at Washington,” he notes, “is the fact that those with political power get to operate by a different set of rules than the rest of us. That’s it in a nutshell.” The book is a scathing indictment of progressives who claim to have such high ideals and morals, but their corruption and abuse of power are used to make sweetheart deals, generate side income, bend the law to their own benefit, and use legislation to advance the interests of themselves and their families and friends, all disguised under the cover of noble-sounding progressive nostrums.

Schweizer accuses the progressive governing class of “using the levers of power to protect their family and friends from the scales of justice; steering taxpayer money to them under various guises, and bailing out their failing businesses. When they misstep, they are excused or it is covered up. While those with little or no power have to pay for the consequences of their actions, the political class often does not. The power elite – the people who grease the wheels for themselves and others – are the most disconcerting and dangerous ones.”

Schweizer takes particular aim at Joe Biden; the image Biden has always cultivated is of a man of humble origins and working-class sympathies. But image and reality diverge when Schweizer exposes the tangled influence peddling web of the Biden family. Biden has been taking political hits over of the intersection of his family’s financial dealings and his own political career for many decades. Schweizer writes that Biden sits like a spider at the center of a web of financial interests that his two brothers, Frank and James, his sister, Valerie, and his son, Hunter, oversee and from which they handsomely profit. The Biden family has done quite well during the more than three decades that Biden was a U.S. senator, but their fortunes took an even more remarkable turn under Vice President Biden.

This issue will certainly dog the former vice president in the upcoming campaign, but true to form, Biden will bluster, “C’mon man, this has been investigated and I have done nothing illegal.” But many voters are going to think that this legal corruption is a bunch of malarkey.

A legitimate criticism of the book is that Schweizer ignores the same type of corruption from Republicans. That may be true of “Profiles in Corruption,” but he has included them in other books. Knowing that some politicians are crooks is one thing, but reading the details is a lot worse. It was said of the missionaries that went to Hawaii that “they came to do good and did quite well” after stealing all the lands from the native Hawaiian people. The same can be said for many of governing elite, and that is Schweizer’s message — the details show how bad it has become. Civic and personal virtue, so important to the Founding Fathers for a democratic republic, is becoming an old-fashioned notion out of place in contemporary politics.

Many in America have come to despise politicians for the very reasons Schweizer documents, but after reading this book, maybe many will despise the nation’s so-called “journalists” even more. Edmund Burke reportedly said, “there were three Estates … but in the Reporters Gallery yonder, there sat a fourth Estate more important far than they all.” Quis custodiet ipsos custodes is a Latin phrase found in the work of the Roman poet Juvenal from his Satires. It is literally translated as “Who will guard the guards?” It is also known by variant translations, such as “Who watches the watchers?” or “Who will watch the watchmen?”

The Fourth Estate is dead today, not because it can be hard to hold the guardians or watchmen in power accountable, but because far too many journalists are partisan instead of fair. Far too much corruption and malfeasance is ignored by the media and swept under the rug, and in doing so the Fourth Estate is abdicating its responsibility to hold the governing class, regardless of political party, accountable in a democracy.

Read this book, digest its content, and when politicians and journalists incredulously ask, “How could America elect Donald Trump?” just tell them to look in the mirror. People were fed up and disillusioned with these money-grubbing grifters, corrupt and self-serving politicians of both parties and a compliant journalism establishment. In the film “The Dark Knight,” Alfred Pennyworth says to Batman, “You crossed the line first, sir. You squeezed them (the crime syndicate plaguing Gotham) and you hammered them to the point of desperation. And in their desperation they turned to a man they didn’t fully understand — the Joker.” That pretty much describes the desperation of so many Americans that had been squeezed and hammered by a self-serving political and media class that would not make their lives better, and even worse, mocked them and their way of life as “deplorables.” Many in the electorate may not have fully understood Donald Trump, but they understood the crass corruption of his opponent and Washington, D.C., in general, and in their desperation were willing to make a bargain with a candidate who said he would fight for them by “draining the swamp.”

“Profiles in Corruption” certainly confirms the observation of Robert Penn Warren in “All the King’s Men:” the arena most likely to prove that man is a fallen creature is politics. I would add followed very closely by journalism.

Perhaps Schweizer will next turn his formidable investigative talents to the last administration’s actions, where under the guise of national security, it used the Department of Justice, the FBI, and the nation’s intelligence agencies to spy on and undermine a political campaign and a new administration. One of the most enduring symbols of America’s liberal democracy is the public and seamless transfer of power on Inauguration Day, granting legitimacy to the election and to the incoming administration. Subverting this process was despicable, and then continuing to sabotage an administration with one false narrative after another was nothing more than an attempted coup against a duly elected president by the Democratic leadership in Congress, disgruntled holdovers and bureaucrats still in the Trump administration, and a media establishment more than willing to aid and abet the process. This is the worst political scandal in our nation’s history. But curiously, the Fourth Estate has pretty much yawned and declared, “There is nothing there. Nothing to see, nothing worth investigating, so let’s just move on.”

President Ford, after being sworn in as the 38th President in August 1974, said, “Our long national nightmare is over.” The people responsible for Watergate were bumbling amateurs compared to this gang. If all the persons responsible for subverting democracy are not exposed and brought to justice, if the business as usual Washington governing class cover up of consequences for you but not for me is allowed to happen, then a far worse and much longer national nightmare is just beginning.