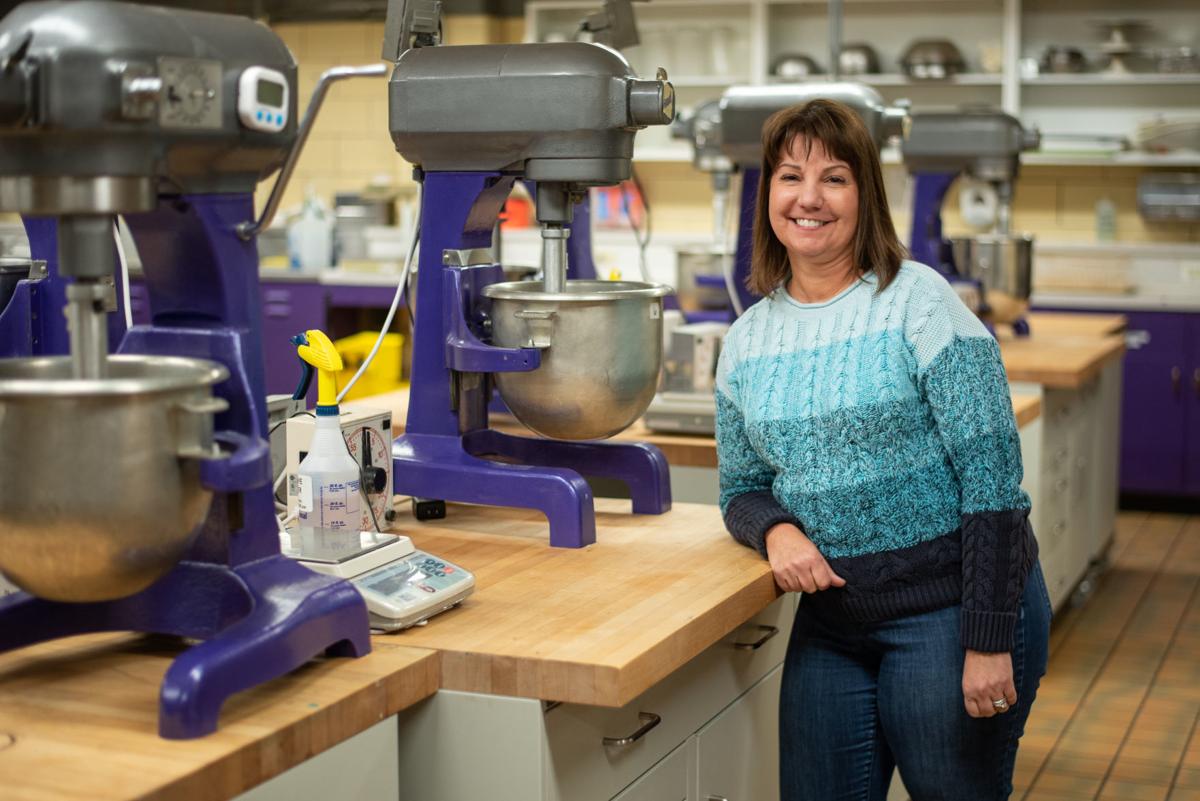 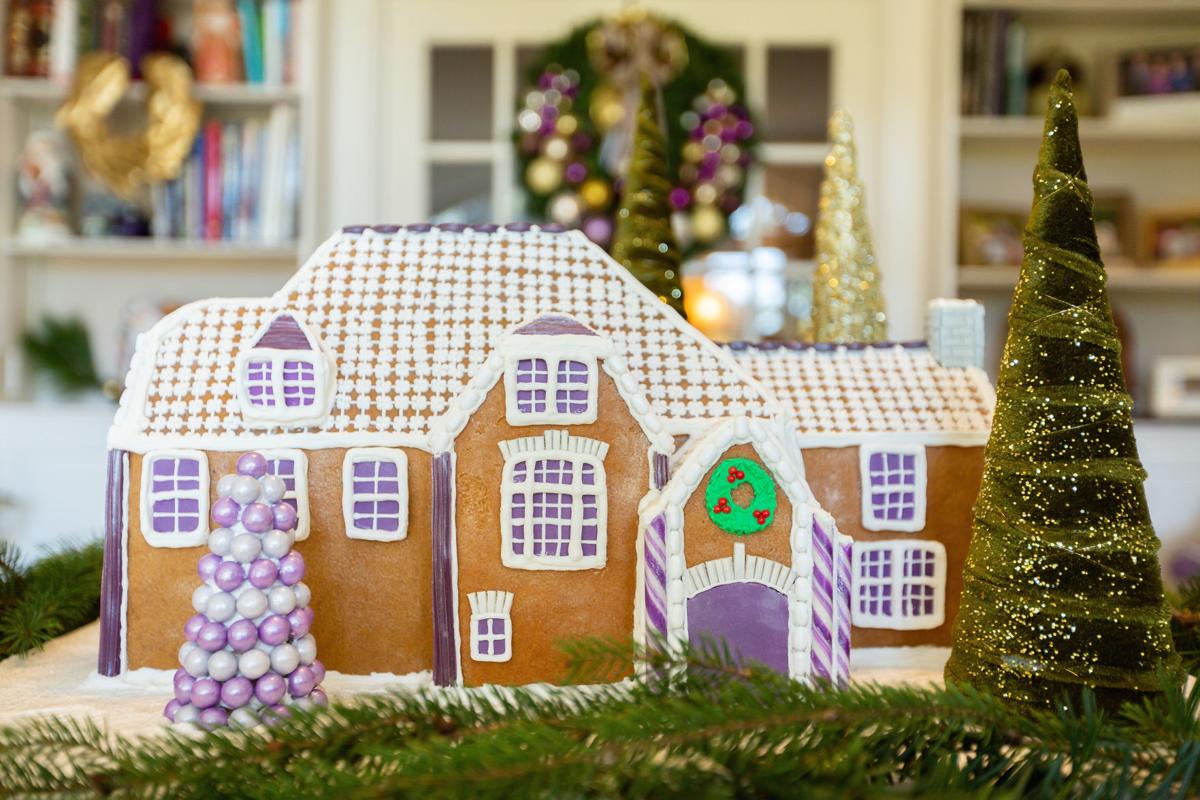 Regan constructed this replica of the K-State president’s residence. It has more than 100 pieces and took Regan six weeks to bake and build.

Regan constructed this replica of the K-State president’s residence. It has more than 100 pieces and took Regan six weeks to bake and build.

Regan, an assistant professor in K-State’s bakery science department, knew at an early age on her family’s farm near Cottonwood Falls that she wanted to attend K-State. Since receiving degrees from K-State, she has worked in several stages of the food production process and now helps students understand the science behind cookies, cakes and other baked goods.

“I like to know why something happens or what happens when you change things,” Regan said.

Regan grew up baking for 4-H projects. When she learned of K-State’s grain science programs, she was initially interested in studying milling, but she quickly decided baking science was where she wanted to be.

She said baking science is a small department that has a family feel, which gives her the same feelings baking does.

“Baking has a very homey, family feeling,” she said.

Regan, 51, earned her bachelor’s, master’s and doctoral degrees from K-State. She did her doctoral project on how different flours affect cookies. Her own favorite cookie is the classic chocolate chip.

She then went into research, helping companies solve technical problems with their products. She then worked as the director of K-State’s Wheat Quality Lab for 12 years. She and her team tested different varieties of wheat for how they would react in baking.

“We baked a lot of bread,” Regan said.

Regan became an assistant professor in bakery science in 2018 and also helps advise the bakery science club. As a teacher, Regan tries to prepare her students for how to identify problems in their food and how to solve them.

“If cookies are spreading off the edges of the band in (an industrial) oven, that’s all waste, but if they can make some kind of adjustment to get a product they can sell, they can clean it up,” she said. “You have to be able to react quickly and salvage the product and adjust for the next batch.”

Aaron Clanton, instructor in the bakery science department, said the department isn’t like a culinary school; it focuses not on teaching students how to bake a perfect cookie but on the science that happens during baking.

“You’re not making one pretty cookie,” Clanton said. “Try to do a thousand in hours. That’s kind of a different focus.”

Clanton said Regan’s background in research helps her explain to students what different ingredients do in food and what chemical changes are happening. He said Regan is very creative, which was reflected in a project she recently took on.

To celebrate the holiday season, Regan fulfilled a request from K-State president Gen. Richard Myers’ office to make something K-State themed. Regan constructed a gingerbread replica of the president’s residence on campus. Regan spent hours over the course of weeks creating a pattern, baking and building the house.

Regan built a simpler gingerbread house and some gingerbread people to display in the residence last year, but took on a more ambitious project this year.

“I blame it on watching too much ‘Food Network Challenge,’” she said.

Using a floor plan and photos she had taken of the house, Regan made a pattern out of parchment paper for more than 100 pieces that eventually made up the structure. Some gingerbread pieces were sanded down so they would fit together squarely. It also has gingerbread supports that add stability but also keep the entire house edible.

Sometimes Regan would only be able to add one piece in a day because it had to dry before she added another, or the entire thing could collapse.

“I was having a lot of fun with it,” she said. “It was challenging but I did enjoy that.”

She decorated the house with purple and white M&Ms, licorice, peppermint sticks, Tic Tacs and gumballs.

“I wanted it to be more stately like the house itself,” she said.

Regan’s creation was on display when the president’s residence was open for the McCain Holiday Home Tour in December.

For people who might be at a beginner’s stage, Regan recommended lots of practice. She said to not give up baking simply because the finished product doesn’t look like something from the Food Network.

She also said to be careful about choosing a recipe. Some recipes found online, for example, might not be tested as much as one in a cookbook. So if it doesn’t turn out well, it might not be the baker’s fault.

“Don’t think it’s you,” she said. “Sometimes the recipe’s not right.”

Rather than creating a picture perfect cookie or cake, Regan said the most important thing about baking is the joy the baker and the eaters get from the food.