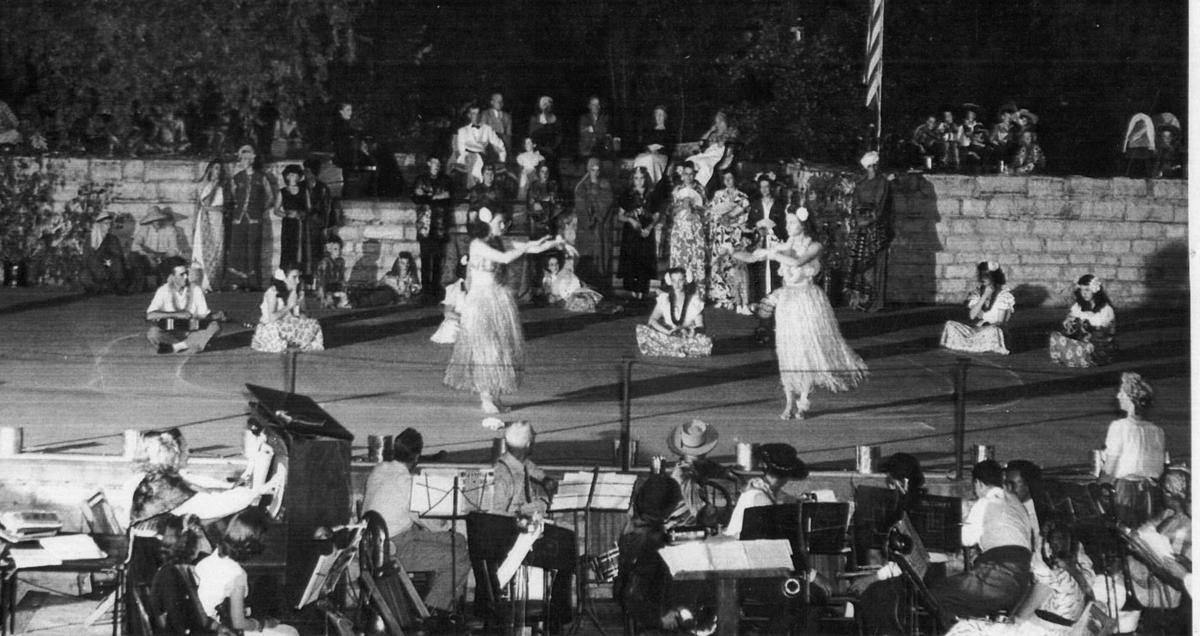 Pageant participants perform a Hawaiian dance scene during the One World Peace Festival in Morganville in 1948. The pageant was organized as a part of an effort to adopt Feves — a small French town that was decimated during World War II — as its sister town. 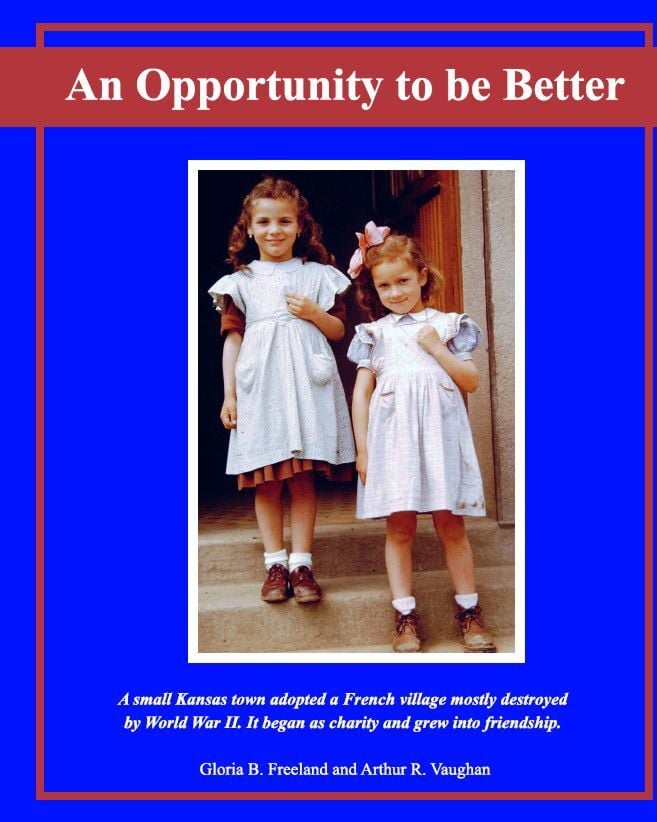 Pageant participants perform a Hawaiian dance scene during the One World Peace Festival in Morganville in 1948. The pageant was organized as a part of an effort to adopt Feves — a small French town that was decimated during World War II — as its sister town.

“An Opportunity to be Better” is a beautiful book built around a touching story. It is both local and international, historical and contemporary. The core story centers upon the relationship between a small Kansas town and a French village in the late 1940s. The town was Morganville, in Clay County, just northwest of Clay Center. Then, as now, Morganville had around 200 residents. (As Ron Wilson would say in his weekly Mercury column, “Now, that’s rural!”). The French village was Fèves, about 6 miles northwest of Metz, in northeastern France.

Authors Gloria Freeland and Arthur Vaughan are married and share a strong interest in local history. Freeland retired from K-State’s A.Q. Miller School of Journalism in 2020, has been very active with the Riley County Historical Society and is a frequent Mercury contributor of articles on historical topics. Vaughan’s career as an engineer has included teaching and departmental administration at K-State as well as private business and consulting.

Though the story of the Morganville-Fèves relationship stretches back for more than seven decades, it has faded and been revived at least twice. Freeland and Vaughan were centrally involved in the most recent revival of ties between the two small towns, so the book can be seen as both a well-researched history of the early periods and their memoir of the recent one.

Throughout, there is journalistic attention to context, detail and the roles played by specific individuals. In the wake of World War II, there were many efforts to build a better world. The United Nations was established Oct. 24, 1945. On a smaller scale, New Yorker Charles Todd was a key player in an organization called American Aid to France. He persuaded his home town — Dunkirk, NY — to assist their namesake French city, Dunquerque. Others organized a “Freedom Train” across the U.S. to gather scores of carloads of relief goods for France. Among the many communities moved to emulate his efforts was tiny Morganville, Kansas.

Freeland and Vaughan explore the roles played by local residents on both the Morganville and Fèves sides of the relationship. The key people in Kansas were K-State President Milton Eisenhower and Morganville residents Velma Carson and the Rev. Henry E. Millikan. The authors draw effectively upon letters and other communications to give the reader an intimate feel for the sentiments and concerns of both French and American participants. They also provide extensive photographic images and biographical information for many individuals, all of which engage the reader.

In August 1948, the people of Morganville staged a public “pageant” to raise money for aid to their Fèves partners. A disabled resident named Homer Christenson donated that day’s earnings from his popcorn stand, a sum of $15, to buy candy for the children of Fèves. The net money raised by the pageant was $586.89. The authors note (p. 70) that this was “a significant sum in a time when a single dollar purchased 12 hamburgers,” but I was struck by how meaningful even small gifts were in forging ties between the two towns.

I think readers will find this book worth reading for several different reasons. The central story is well-told.

The consequences of the relationship are far-reaching. Wichita followed Morganville’s example and set up a sister-city relationship with Orléans, France. Milton Eisenhower’s brother Dwight, as U.S. President, established Sister Cities International and People to People. The book describes the good work of K-State’s Chapman Center for Rural Initiatives, but is also reflective of the international heritage of K-State and Kansas.

I even found a few “small-world” discoveries of people I knew. On page 69 is a small photo captioned “Band member Merle Schwab,” one of the participants in the 1948 pageant. Other readers may recall Merle and Florence Schwab, longtime Manhattan residents.

This book is available at the Manhattan Public Library. It can also be purchased at Claflin Books or by contacting the authors at avaughan@avedac.com.