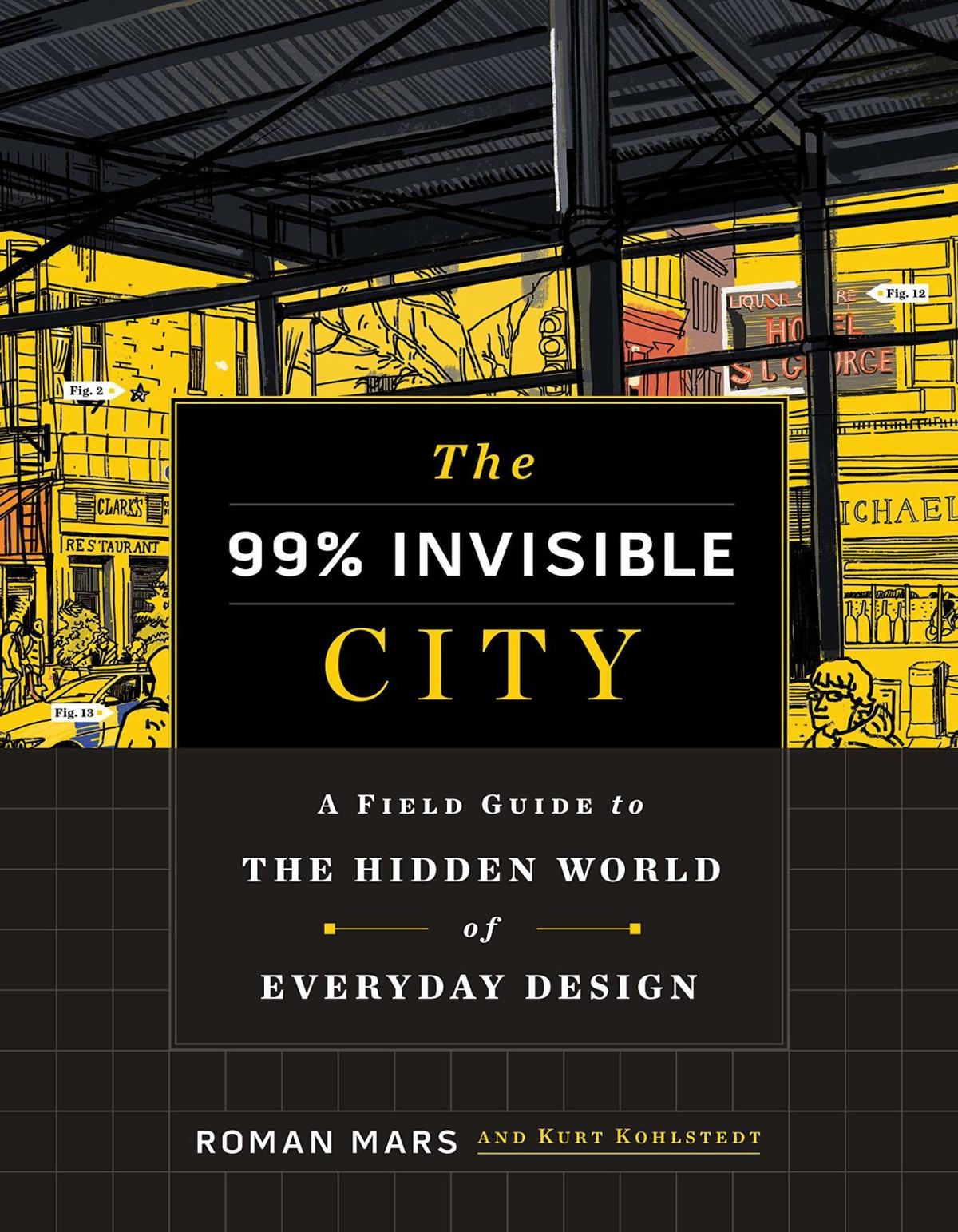 “The 99% Invisible City: A Field Guide to the Hidden World of Everyday Design,” by Roman Mars and Kurt Kohlstedt. Houghton Mifflin Harcourt, 2020. 400 pages, $30. 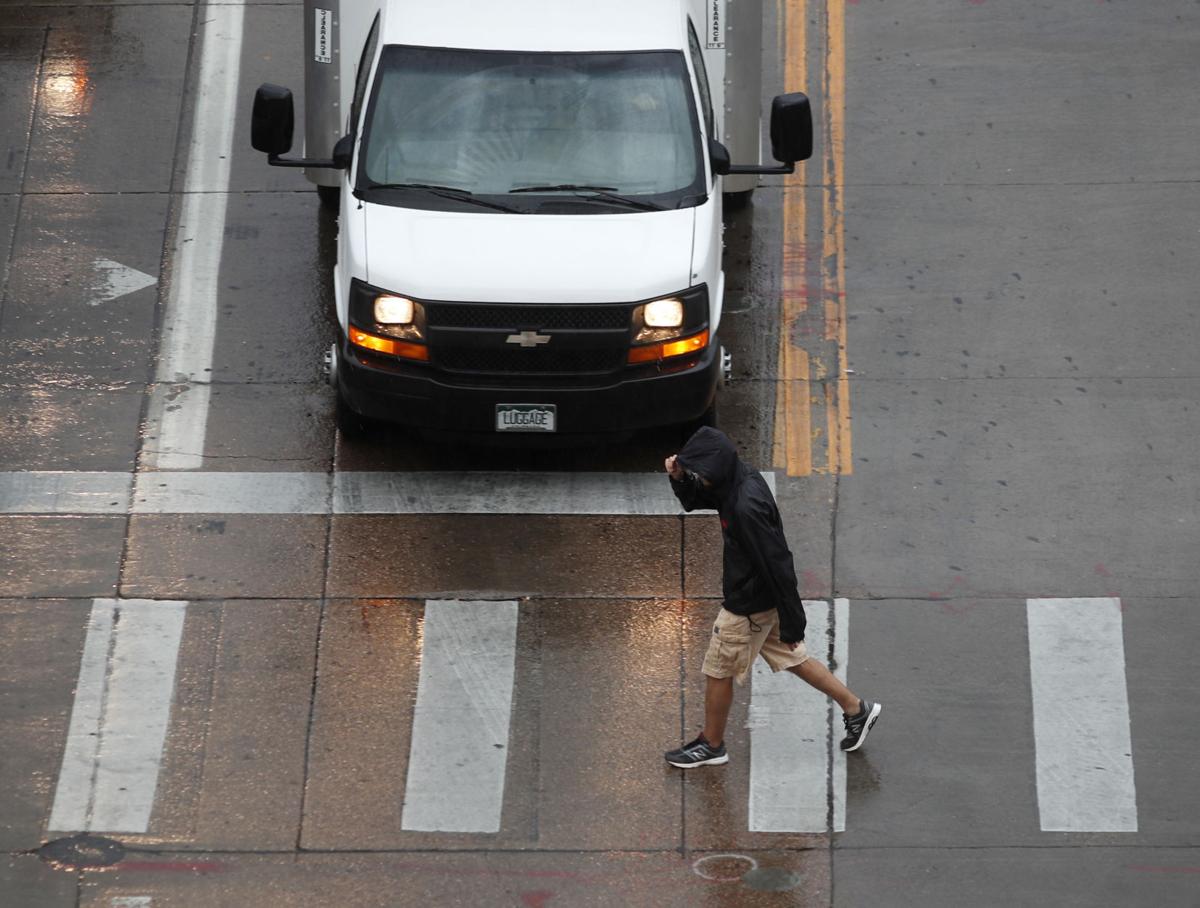 “The 99% Invisible City” tackles the history behind various aspects of city design including the handling of pedestrians. The book details how automobile interests invented the concept of “jaywalking,” shifting the blame for accidents from cars to pedestrians.

“The 99% Invisible City: A Field Guide to the Hidden World of Everyday Design,” by Roman Mars and Kurt Kohlstedt. Houghton Mifflin Harcourt, 2020. 400 pages, $30.

“The 99% Invisible City” tackles the history behind various aspects of city design including the handling of pedestrians. The book details how automobile interests invented the concept of “jaywalking,” shifting the blame for accidents from cars to pedestrians.

“The 99% Invisible City” is a fascinating book is based on the popular podcast, “99% Invisible” by Roman Mars. It is multiple short descriptions (2-4 pages) of aspects of buildings and cities that you probably never thought about before. Some of these are actually hidden, but others are in plain sight and we simply do not pay attention to them. While reading this book, you will find yourself thinking many times, “Oh, I never noticed that before” or “I never thought about the reason for that before.”

The six mega-chapters cover 1) inconspicuous details of cities, 2) obvious but ignored aspects, 3) infrastructure, 4) architecture, 5) geography, and 6) urban action by citizens. Because of the large number of diverse topics covered, this is a difficult book to convey its overall sense in a review.

In terms of hidden aspects, sometimes what appears to be building facades are actually just fake camouflage for hiding utility substations, ventilation systems or other utilitarian functions. Sometimes curious stone markers may be some sort of boundary stone, “zero markers” or even recycled military materiel. Numerous classical statues, especially in New York City, are actually based on the likeness of early 20th-century supermodel Emily Munson.

You probably did not know that some manhole covers are decorated with fine art or that the direction of the flow of the Chicago River was reversed in order to allow for construction of the city’s giant waste removal system. You also will learn the origin of symbols like the pirate skull and crossbones, and the biohazard or fallout shelter icons, as well as the origin of neon lights and dancing inflatable figures.

The book describes some fascinating historical oddities. For example, automobile interests invented the concept and term “jaywalking” in the 1920s in order to start to blame pedestrians rather than autos for accidents (“Cars don’t kill people; people kill people”), thus accelerating the trend that streets were for autos, not people. We also learn about traffic history and logic of roundabouts, as well as more local customs like the “Michigan left turn.” There is also explication of historical oddities like the “can opener” underpass in Durham NC, which is so low at 11 feet 8 inches that it often scrapes the top off unwary modern trucks.

Speaking of history, what is the origin of the revolving door, and what are its advantages and disadvantages? Did you know that Mansard roofs, so popular in the renovation of Paris, became so popular because they circumvented a legal loophole that allowed buildings with them to be taller than others? Learn how the invention of elevators (or more specifically, elevator brakes) allowed for the construction of skyscrapers.

Before the 1880s, every community had its own time, presumably set by observing the sun’s position. With the rise of railroads, however, this situation became untenable for published schedules. Even after the 1884 International Meridian Conference set up 24 world time zones, it took several decades for every country to fully adopt them.

If you have ever wondered about the logic of the numbering systems for U.S. and interstate highways, that is also answered in this book as is the designation of rural plots of land. Why are some streets called roads or avenues and other drives, lanes, or terraces?

What is the role of greenery in streetscapes and how has that evolved? How do urban “wild” animals like squirrels, raccoons or pigeons contribute to city life?

How can city designers discourage what they determine to be undesirable behaviors like skateboarding, urination or sitting too long? On the other hand, how can they encourage street use by wheelchairs and strollers or by turning previously paved spaces into green spots or recreation areas?

This is a fun book that you will enjoy reading and will learn some fascinating trivia about cities.