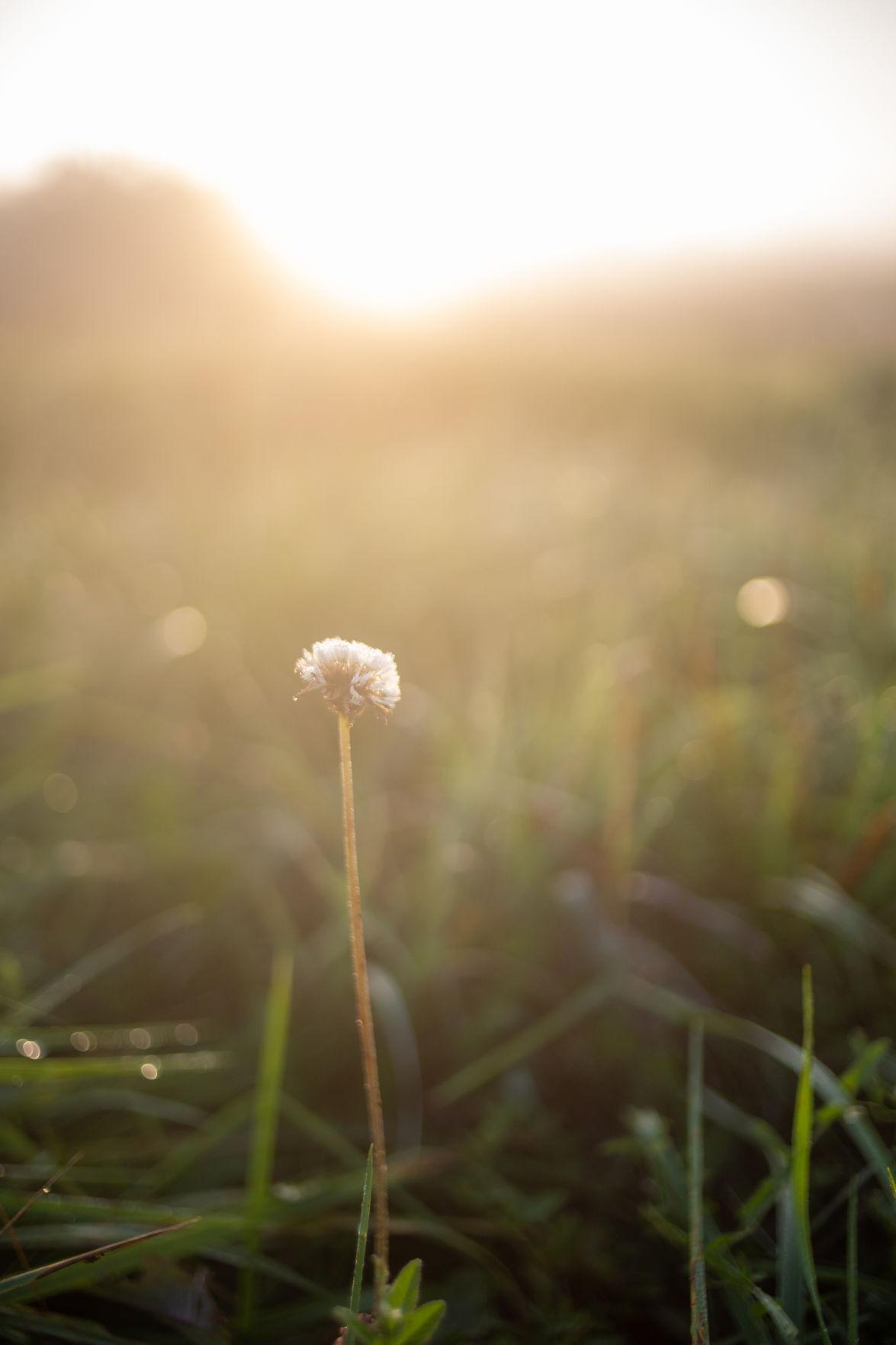 The sunrise shines on a dandelion Sept. 2 at a field near Randolph. Dew and fog covered Riley County during the early morning. 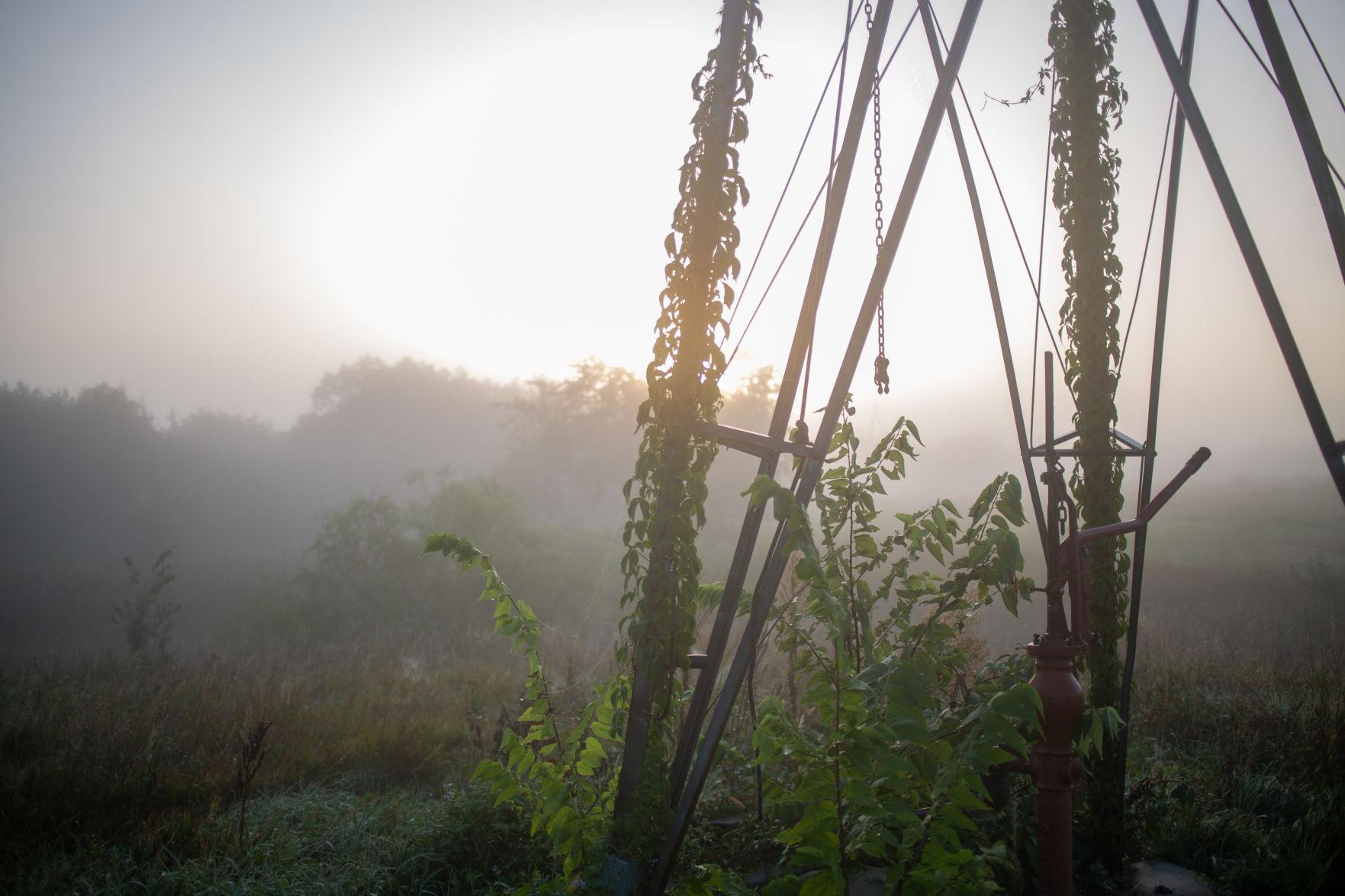 Ivy vines grow up a windmill.

A Malayan tiger named Hakim lies in his exhibit at Sunset Zoo in April. Hakim and the zoo’s other Malayan tiger, Malik, have lived at the zoo for seven years. The Manhattan City Commission on Tuesday took a step forward with the Expedition Asia project.

It has taken awhile, but the Expedition Asia project at Sunset Zoo is moving forward.

“I think it’s going to be a dynamite addition to the zoo, to the city, to the community,” he said.

The project began seven years ago when donor Chuck Jackson contributed $500,000 to the zoo.

“We’ve been talking about this agenda item for awhile, and I know the hills and valleys and mountains you’ve had to climb for this,” said Mayor Usha Reddi. “But it just shows the dedication and commitment from our Manhattan residents to dedicate not just the financial commitment to this project, but also your motivation and dedication and the expectation you have for our zoo. And that’s what makes Manhattan special.”

Several people spoke in favor of the project and thanked commissioners for their support.

“We worked hard to bring this to fruition,” said Bev Fulton, Sunset Zoo Trust president. “And we’re very, very excited. I do think it’s going to bring a lot of revenue to the city of Manhattan. The zoo is already one of the main attractions and there is no exhibit like this anywhere. I think this will do wonderful things for the city, and we need that right now, our revenues are down.”

Commissioner Wynn Butler emphasized this project is not funded by property taxes as donations and a special sales tax reserve are funding it.

“I just want to make absolutely clear that, you know, that money is not coming out of your property tax or any place else,” Butler said.

Officials said the city has $2 million in the 2006 Quality of Life sales tax fund and $2.2 million from the Sunset Zoological Park and Wildlife Conservation Fund.

Shoemaker estimates the project will begin in the next 30 days. The construction timeline is 11 months, so fall 2021 is when he expects the exhibits to be finished. He said the animals have to acclimate to the new exhibits before opening them up to the public.

In other action Tuesday, commissioners:

Because of a large increase in positive coronavirus cases since Monday, officials said Wednesday’s Riley County coronavirus data will not be released until later in the day.

As of press time, the Riley County Health Department was working on inputting the data, officials said.

On Monday, officials confirmed 112 new coronavirus cases, the second-largest increase in cases since the pandemic began in March.

That number, which reflected cases between Friday and Monday, was second only to the 136 confirmed Friday. Numbers have surged since the return of college students to town.

As of Monday, the total number of cases is 922. Of those, 523 were active, 394 had recovered and five people had died after testing positive for the coronavirus.

Over the past two weeks, the percentage of positive tests was 23.05%, officials said. Officials said the past week’s rate was 31.2%.

Manhattan city commissioners Tuesday looked at the rendering of the proposed senior living complex in the Colbert Hills area.

A new senior living complex is coming to the Colbert Hills area.

The complex, which officials said will likely be called Colbert Hills Senior Center, will feature a residential community of four single-story buildings with 12 one-bedroom units in each building for a total of 48 units. Through renovations, it is possible to allow couples to stay in one unit, officials said.

Manhattan city commissioners unanimously voted Tuesday to amend ordinances for the Interlachen Addition residential planned unit development to allow for the construction and development of the senior living complex, which will be located at Colbert Hills Drive and Palmer Circle.

This complex will include home care plus with assisted living all the way up to long-term care for residents, like a nursing home, based on the level of care the senior needs, officials said.

“It’s state-of-the-art, and it is unlike anything that is actually in the state of Kansas with what’s going to be provided in technology and design,” said applicant TJ Vilkanskas.

In addition, the city held a public hearing on improving the alley in the 1200 block between Kearney and Vattier streets. Officials said this is one of the worst alleys in the city. City commissioners approved establishing a benefit district to help pay for part of the project.

The total project cost of renovating the alley is estimated at $275,000, officials said.

Construction is scheduled for early spring 2021 through summer 2021, officials said. Officials will come back to the city with a scope and fee from a design firm in the next couple weeks. There are 16 lots in the alley, according to the city memo.

Louis and Jennifer Swoboda, who own 1201 Kearney, spoke against the measure.

Louis said he did not want to pay for these changes. According to a city memo, the couple has to pay $715.06 annually.

“I just don’t feel like I should have to pay for it,” Louis said.

In addition, the city pushed back discussions Tuesday on allowing alcohol on platform dining to its next legislative session. City officials said they wanted to look over state laws more before presenting the measure to the commission.