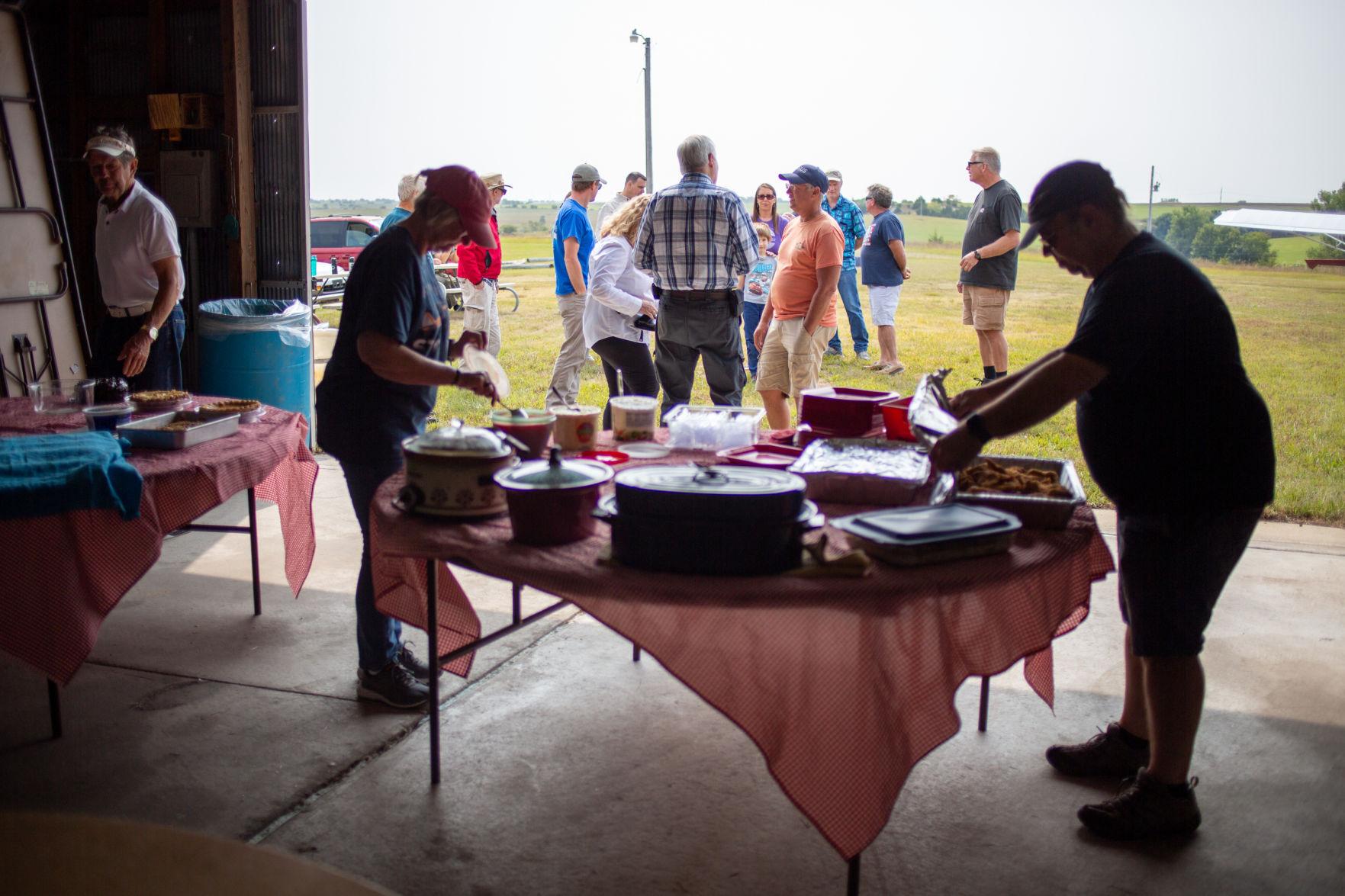 Members of the Flint Hills Flyers gather Saturday over fried chicken and beans. The group has an annual Fall Fly-In at Leo’s Place Airport near Riley to reconnect and fly around, though this time the event wasn’t advertised in order to keep the numbers lower. 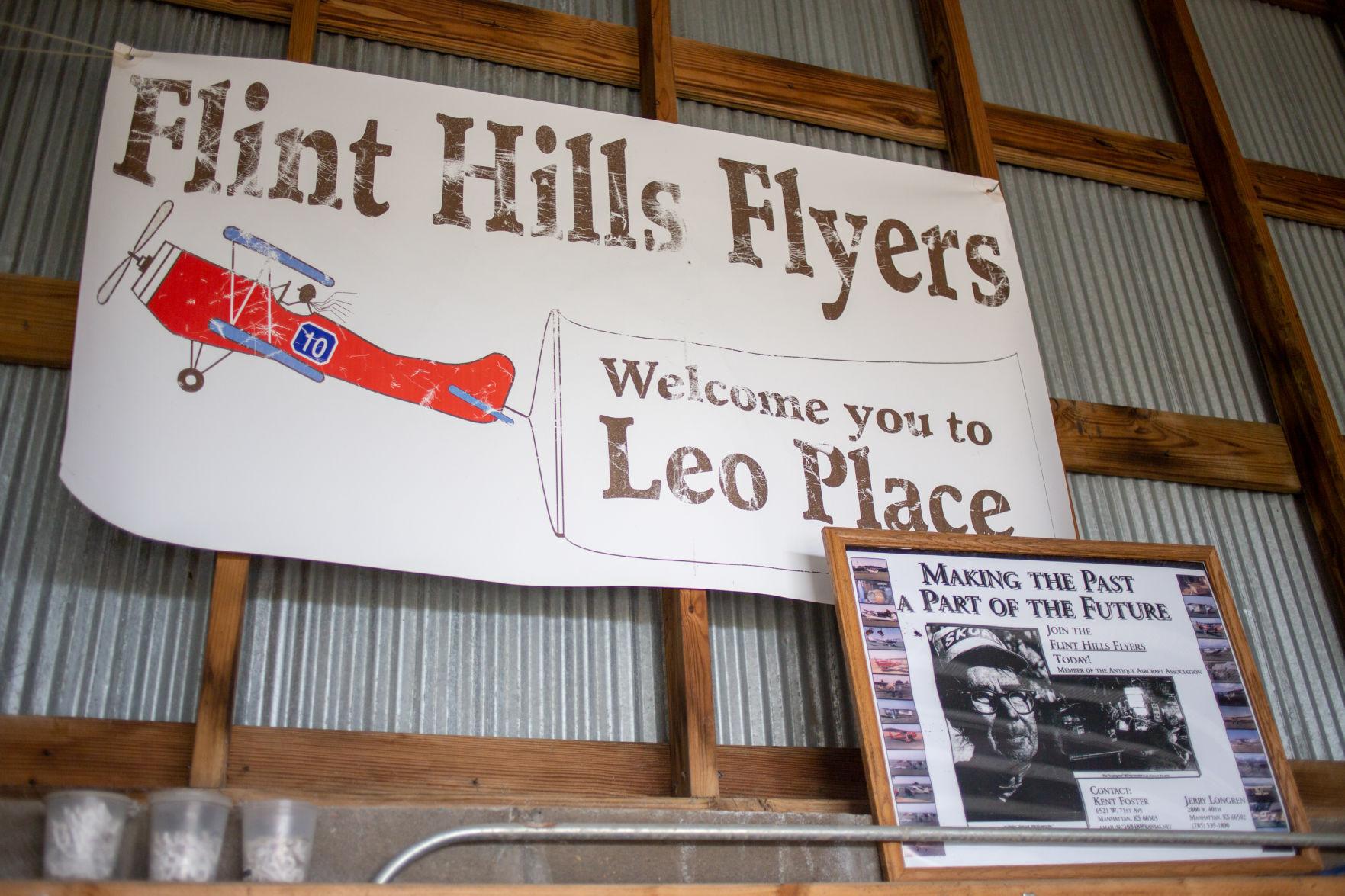 Inside of the airplane hangar is a sign welcoming visitors to “Leo’s Place” with a small newspaper clipping.

Features
featured
'You can tell your own story;' Animationland provides creative outlet for both kids, adults
Hailey Dixon hdixon@themercury.com

Animationland, an exhibit open through January at the Flint Hills Discovery Center, allows people to get in touch with their creative sides with various hands-on activities.

For children yearning to draw or adults wanting to connect to their childhood roots, Animationland is the perfect place for people to let their creative juices flow.

Animationland, an exhibit at the Flint Hills Discovery Center (FHDC), opened Friday and Saturday to FHDC members. In order to maintain proper health and safety protocols because of the coronavirus pandemic, FHDC capped the two opening events at 50 people each; Friday’s event drew 26 people.

“It seemed like the kids and adults in attendance really enjoyed it,” said Kynedee Hodges, marketing coordinator. “And it’s definitely an exhibit that all sorts of an age range can enjoy.”

The exhibit, which runs through Jan. 3, features a cast of animated characters, including Tracey the pencil dog, among others, in opening up the world of animation and creativity through hands-on activities.

“The idea behind the exhibit is that it uses animation as a really fun and accessible topic to get kids interests in science and technology and the arts,” said Stephen Bridenstine, FHDC curator of education. “So kind of the take-away message of the exhibit is that you can tell your own story. This exhibit gives you the knowledge and the skills to do that.”

Animationland offers a variety of stations, from ones that let users draw story boards to creating a pixilation, which is a frame of movements that translates into a short video clip. Hodges said this station was a “big hit” with the kids at Friday’s event.

“They just kept making them over and over,” Hodges said.

Hodges said she thinks the exhibit not only excels in the presented content, but also the graphics, which she called eye-catching.

“And each station really allows the guest to be hands-on and actually do the action,” she said.

Bridenstine demonstrated how the pixilation station, “Plan and Pose,” works Saturday morning, creating his own shot of slowly moving to the ground and standing back up. The video is automatically uploaded for the creator to watch.

“Your whole body gets to be in the exhibit,” Bridenstine said. “And anytime we have those full-body interactives, where you can literally jump into the action, people love that stuff. It’s one thing to manipulate little toys on a screen; it’s another thing to animate yourself.”

The Flint Hills Discovery Center is open six days a week and closed Mondays. Hours are 10 a.m. to 5 p.m. Tuesday through Saturday and noon to 5 p.m. on Sundays. 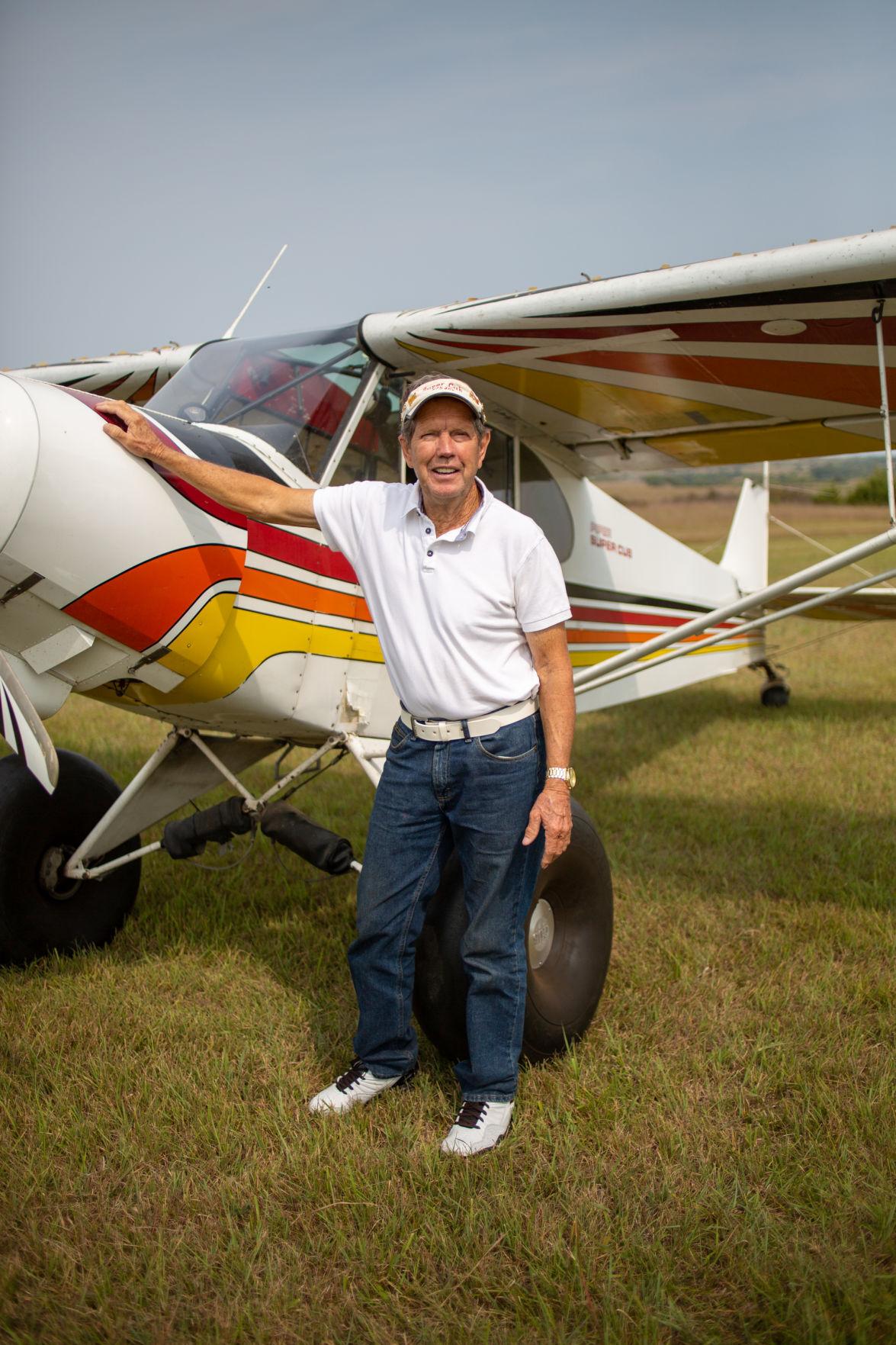 Ed Doyle stand with his plane, “Kilo,” which he has been flying for 30 years.

News
Moran supports SCOTUS vote this year; Roberts hasn't said what he would do
Staff reports
09.20.20

Republican Sen. Jerry Moran has said he supports GOP leaders’ intention to hold a vote this year on a successor for Supreme Court Justice Ruth Bader Ginsburg, but the decision by Kansas’ other senator, Republican Pat Roberts, may be especially significant.

Meanwhile the candidates for Roberts’ job gave opinions during a debate Saturday that fell predictably along party lines.

Ginsburg, a liberal icon and the second woman ever appointed to the nation’s high court, died Friday at age 87 after a battle with cancer.

Moran, Roberts and many other politicians gave condolences on her passing. Senate Majority Leader Mitch McConnell also announced his intention to hold a vote on President Donald Trump’s nominee.

“Justice Ginsburg was a trailblazer, tackling each challenge with passion, dedication and extraordinary intellect. She served her country with honor and had an historic impact on the court and the nation. Robba and I are praying for her family,” Moran said in a statement.

Roberts praised Ginsburg’s service in a statement, but his office declined to comment Friday on whether a vote on Ginsburg should take place this year.

Politico wrote that its editors are “keeping a close eye” on Roberts, who is retiring this year.

They called him and another soon-to-retire senator, Lamar Alexander, R-Tenn., the “institutionalists.”

The magazine pointed out that, “They’re viewed as pragmatic institutionalists, and the timing of the Supreme Court vacancy means they won’t have to worry about a bombastic tweet from the president hurting their political future.”

U.S. Rep. Roger Marshall, R-Kan., and Barbara Bollier, the Democrat running against him, spoke about the vote during the annual Kansas State Fair debate, which this year was virtual.

Marshall said the situation is completely different from 2016, when a Republican majority in the Senate refused to consider Democratic President Barack Obama’s nominee to replace Justice Antonin Scalia, who died in February of the election year.

The difference now, Marshall said, is Republicans control both the presidency and the Senate.

Republicans, Marshall said, “were elected to do just this.”

“This is our time to keep our promise and to move forward with one of the folks that President Trump has on a list. This is an important time in history, one we can’t get wrong. That’s why the stakes for this election are so high.”

Bollier said the confirmation of a Supreme Court justice is one of the Senate’s most notable responsibilities, and one that shouldn’t be politicized.

“Kansans should make their voices heard,” she said. “And the leaders of Kansas that are elected in November are who should be voting and deciding, confirming who will be filling our vacancy on the Supreme Court. I believe that the Senate has plenty to do in the meantime — they need to pass additional relief and funding for Americans struggling with this very, very difficult pandemic.”