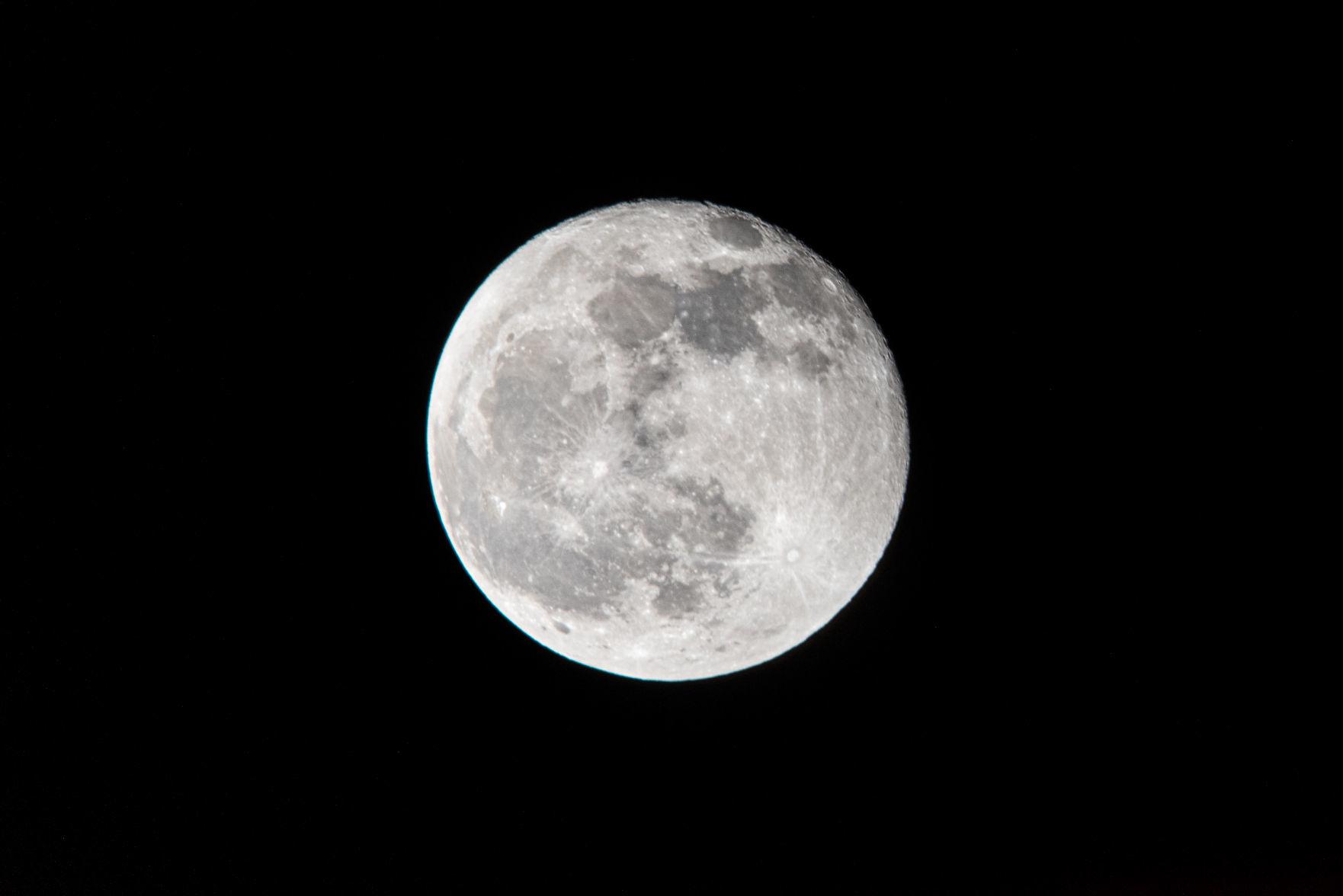 The last full moon of the decade shines in the night sky Thursday. This moon is known as the Cold Moon and is distinctive for its high trajectory across the sky.

U.S. Sen. Jerry Moran told The Mercury on Thursday that he is committed to helping Manhattan Regional Airport meet its goal of building a 150-foot-wide runway.

The Federal Aviation Administration told the city in March that the airport could proceed with a 150-foot-wide runway, but then retracted this statement in November, stating the airport is only eligible for a runway that is 100 feet wide.

The Manhattan City Commission discussed this topic during a work session in November, and Moran, who lives in Manhattan and uses the airport frequently for travel, said he continues to work on the issue with Jesse Romo, airport director.

“I share frustration with the Manhattan community that the FAA erred in an early eligibility determination and I have expressed this frustration to the FAA,” Moran said in an email to The Mercury.

The FAA stated it could provide funding up to 90% of the cost toward a 100-foot-wide-runway instead.

Moran, a member of both the Senate Commerce, Science and Transportation Committee and the Senate Appropriations Committee, said he supports the city’s goal to get the FAA to provide 90% of funding for the 150-foot-wide runway.

The airport’s runway is 150 feet wide now, and that’s the size the city wants to implement as Kansas State University and Fort Riley need this size for takeoffs, according to officials.

“This is not a typical airport,” Moran said. “MHK has unique features that not only involve frequent travelers in the region, but the movement of troops and equipment from Fort Riley and necessary access for K-State and their athletics program.”

There are two options for runway repairs, rubblization or a complete reconstruction. Officials said the current runway’s surface is eroding, but does not have any significant structural issues.

Rubblization is a technique that reduces the surface into rubble and then adds an overlay of concrete. It is cheaper than a complete reconstruction.

The estimated cost for rubblization, with no phasing, is $39.2 million. With phasing, it is estimated at $40 million.

If the FAA only provides the amount it would give for a 100-foot runway, the city may pay around $8 million to $9 million for the 150-foot project.

Cost estimates for the project vary, and officials said in November that the numbers need to be reanalyzed for accuracy.

The airport will have to close for a period of time no matter what because of runway construction, officials said in November.

The Manhattan City Commission approved setting the $25 adoption fee as a minimum at the T. Russell Reitz Animal Shelter earlier this month.

The shelter previously set $25 as a flat rate for the adoption fee. This change allows for fee increases if needed, according to city officials. Officials also said the fee change assists with offsetting shelter operational costs.

Setting this minimum fee may eventually help in getting more older animals adopted, officials said, as adoption fees used to be the same for both younger and mature animals.

In addition, the commission voted to change the holding period of an animal from five days to three days before an animal can be spayed or neutered, which matches state law.

According to the city, an animal stays at the shelter for 22 days on average. Officials estimate the cost is $20 per day per animal.

People can adopt an animal at the shelter from 1 to 5:30 p.m. Monday through Saturday. The shelter is closed on Sundays and holidays. People can see animals up for adoption on the city’s website or at the shelter, 605 Levee Dr.

Enplanements at the Manhattan Regional Airport increased by 10% from November 2018 to November 2019. The airport reported Tuesday that 7,151 people boarded a plane at the airport in November.

In November 2018, the airport saw 6,498 enplanements, according to additional statistics provided by Jesse Romo, airport director.

City officials announced earlier this week that the westbound lane of College Heights from College Avenue through Midland closed due to a water line repair. The closure is temporary, but officials did not indicate how long it will last.

The hotel occupancy rates for Manhattan hotels dipped slightly through September in 2019 when comparing it to the same time period last year.

September is the latest month with available data.

The Manhattan City Commission approved the following board appointment during a legislative session earlier this month:

Manhattan city officials are working to finalize a deal that would sell the historic Community House and 4th and Humboldt streets to local developer Ben Burton for $1. Burton plans to spend $3 million to develop the building into office and residential space.

Q: What are the latest Community House developments?

A: Following the Manhattan City Commission’s recent final approval of the project design, the city anticipates closing on the sale of the Community House by February or March.

Construction will start soon after.

Until then, Manhattan Parks and Recreation is maintaining the property, using it for recreation programs, said Jason Hilgers, deputy city manager. In the past, the property on the corner of Humboldt and Fourth streets has been used as an American Legion post, a Chamber of Commerce headquarters and a refuge for soldiers in both world wars.

Ben Burton of Switchgrass Development plans to renovate the building, built in 1917, into offices and residences, including lofts.

Burton purchased the property for $1 from the city earlier this year, and he agreed to keeping the property on national and state registers of historic places.

The budget for the project is around $3 million, Hilgers said.

The Mercury previously reported that Burton estimates completion of the project by September or October 2020.

To submit a question, send by email to questions@themercury.com, or by regular mail to Questions, P.O. Box 787 Manhattan, KS 66505.